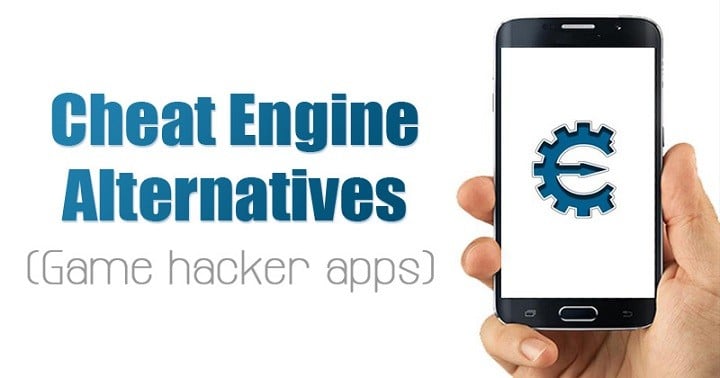 It’s one of the popular game modifiers available for Android smartphones. Compared to Cheat Engine, Creehack has a superior user interface, and it’s quite easy to use. The good thing is that the app works on both online and offline games. With Creehack, you can easily modify the game file to get unlimited gaming resources like unlimited tokens, unlimited points, etc.

For those who don’t know, Game Guardian is one of the most advanced game modifier app available for Android smartphones. Just like Cheat Engine, Game Guardian works on both online and offline games. However, Game Guardian requires a rooted Android device to perform at its full potential. It can help you bypass the game restrictions.

This one is pretty much similar to Cheat Engine when it comes to the features. Gamecih is one of the advanced game hacking app available for Android smartphones. With Gamecih, you can easily modify different variables of games. What’s more useful is that it’s fully compatible with popular online games.

As the name of the application says, XMODGames is an app that lets you create a modded version of any app or game. After creating a mod file, it enables you to edit the game data. If you know how to bypass the app restrictions, then you can use XMODGames to get unlimited gaming items like unlimited coins, unlimited gems, points, etc.

It is one of the top-rated Cheat Engine alternatives on the list, which you can use today. The great thing about Game Killer is that it’s compatible with both online and offline games. However, the app requires root access to make changes. With Game Killer, you can easily modify the game data file.

Well, Lucky Patcher is by far the best game hacker app on the list, which is right now used by millions of users. Compared to Cheat Engine, Lucky Patcher provides users more features and options. If we talk about the features, Lucky Patcher lets you bypass game restrictions, block ads, etc. It works with every popular apps and game out there on the Play Store.

It’s not as popular as Cheat Engine, but it does its job pretty well. LeoPlay Card only works with the game. With this app, you can easily bypass the gaming resources like coins, gems, unlimited life, etc. However, LeoPlay Card works with offline games only, and it requires root access to make the changes.

Well, Freedom App is a little bit different compared to every other app listed in the article. It follows an illegal approach to getting things done. To avail you free purchases, Freedom App uses some evil techniques like fake cards, etc. The use of Freedom App would invite lots of legal troubles and will eventually lead to an account ban.

Tips: How To Download Paid Android Apps & Games For Free

We know that Bots / Macros doesn’t come under the game hacker apps. Still, they could be useful. Let’s admit, automation is becoming powerful with each passing day. So, Bots / Macros can be used to automated the task of farming gaming items like coins, gems, crops, etc. Most of the games that we play these days ask us to watch an ad to avail of free gaming items. This is where Bots / Macros plays its role. It can automate some processes to help you achieve what you want.

So, these are some of the best Cheat Engine alternatives in 2020 that you can consider. If you know any other such apps, let us know in the comment box below. I hope this article helped you! Share it with your friends also.