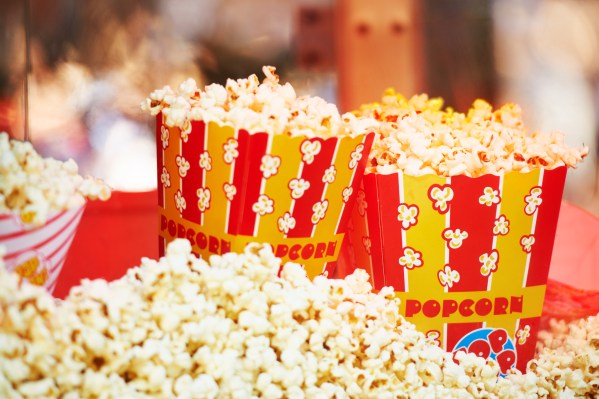 It was just a matter of time before AMC went head to head with MoviePass. After all, the two companies have been at odds for some time. Back in January, MoviePass dropped out of 10 of the theater chain’s highest traffic theaters in what was seen as a negotiating tactic. But AMC had no interest in playing ball.

The company had already publicly stated that it had “no intention[…]of sharing any […] admissions revenue,” one of many signs that it was working on its own version of the subscription service. That response arrives June 26, in the form of AMC Stubs A-List, an add-on to the company’s loyalty program.

Signs ups for the service start next week, at $20 a month. And at first glance the whole thing actually sounds pretty good, so long as you’re okay sticking with the 660 or so theaters AMC currently operates in the U.S.

Per the press release:

Through AMC Stubs A-List, members can enjoy any available showtime, any AMC location, any format — including IMAX at AMC, Dolby Cinema at AMC, RealD 3D, Prime at AMC and BigD. AMC Stubs A-List can be used at the spur of the moment or also can make planning ahead days or weeks in advance possible, as securing tickets is made easy via reservations capabilities on the AMCTheatres.com web site, or on the AMC Theatres smartphone app.

The membership includes up to three movies a week at any of the chain’s US locations, with no rollovers. Those three movies can be viewed on the same day, assuming you have a “two-hour buffer” between each and nowhere else to be. The same movie can also be viewed multiple times. Tickets can be purchased online for up to three movies at a time.

There are some non-movie ticket perks, as well, including popcorn upgrades, free refills and a rewards program.

TikTok is banning deepfakes to better protect against misinformation

The U.S. Will Soon Take Action on Chinese Apps Like WeChat