WhatsApp for iOS message readying ability with any emoji 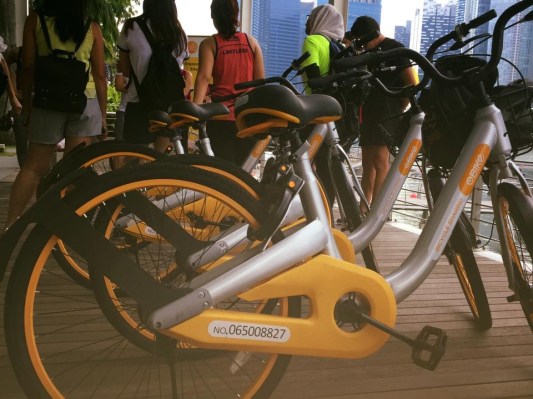 Singapore’s upcoming licensing for dock-less bike-sharing services has claimed its first scalp after oBike — a Singapore-based company run by Chinese founders — announced that it would cease its service in the country ahead of the implementation of regulations.

The Land Transport Authority (LTA) is introducing measures to protect Singapore’s streets from a glut of bicycles left all over the place, as photo essays from China and beyond have cautioned can happen.

oBike launched its service at the beginning of 2017, and it claims over one million registered users but still it will end its service today, June 25. oBike said it will continue to run operations in other markets, although it hasn’t said if/when it will refund Singapore-based users with the deposits that they paid upon registration.

“oBike strongly believes and is committed to provide [sic] dock-less bicycle sharing service that would benefit users’ commuting and Singapore’s transportation system, however it is with regret that the new regulation measures do not favour this belief of ours,” the company said in a statement that posted to Facebook.

oBike has directed its customers to the newly-launched bike service from ride-hailing giant Grab, which went live in March, although that service has temporarily paused new user sign-ups. Other alternatives in Singapore also include services from Chinese duo Ofo and Mobike.

Grab is actually an investor in oBike, as TechCrunch reported last year, after taking part in its $45 million Series B round that was announced in August 2017.