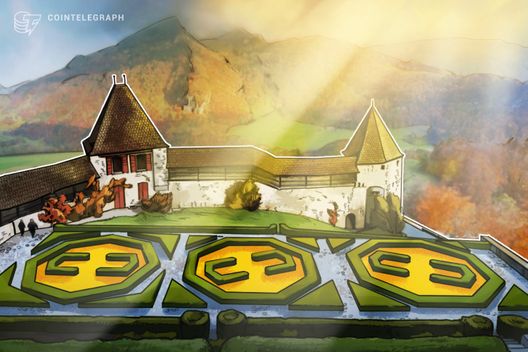 Since blockchain and crypto companies face difficulties with opening bank accounts in the country, Tännler together with the Financial Director of Zurich Ernst Stocker brought the issue to the attention of Federal Council Ueli Maurer. Tännler is reportedly concerned about the risk of losing business to countries with more friendly banking environments.

Tännler said that blockchain offers great potential for Switzerland, stating that “it must not be that Switzerland loses an innovative industry because it makes payment transactions impossible.” Maurer subsequently called a meeting with representatives of the Swiss National Bank (SNB), the State Secretariat for International Financial Affairs (SIF), the Swiss Financial Market Supervisory Authority (FINMA), the SBA, Hypothekarbank Lenzburg, and the cantons of Zurich and Zug.

As a result, a working group headed by the SBA has been established, which is charged to develop recommendations for banks on how to deal with local blockchain companies in order to open an account. The recommendations will also be consolidated with FINMA.

Earlier this month, Hypothekarbank Lenzburg became the first bank in Switzerland to provide business accounts to blockchain and crypto companies. While Falcon Private Bank has provided crypto asset management services since last year, the bank’s CEO confirmed that they are first in the country to open company accounts for blockchain and crypto companies.

In May, the decision of Polish banks not to cooperate with BitBay, the largest cryptocurrency exchange in Poland, forced the company to suspend its activities in the country. The exchange announced it would reopen with a new supplier in the jurisdiction of the Republic of Malta, where local laws are more lenient with crypto-business.