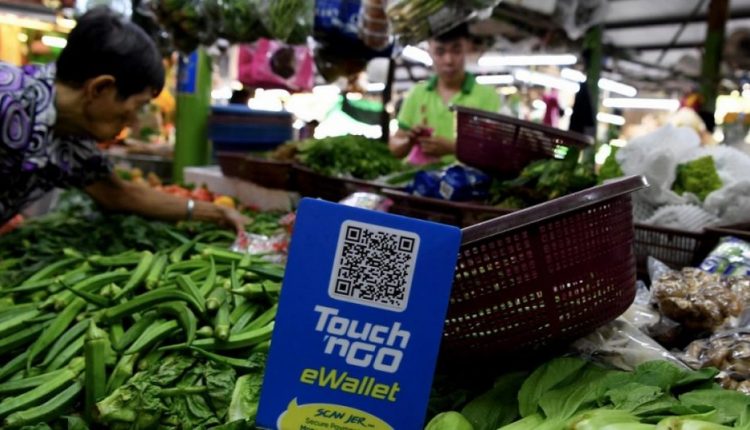 JOHOR BARU, Jan 25 — The use of e-wallet in the country is beginning to escalate as not only are more people aware of digital wallets, more locations and websites are accepting them as a form of payment.

As more and more consumers become aware of and begin to use mobile wallets, thanks to the boost it received with the RM30 digital stimulus by the government under the e-Tunai Rakyat initiative recently, merchants are naturally beginning to see the benefits of accepting mobile payments.

A consumer met in the city, Nur Huddha Zamlee, 36, found that not only it was convenient to use, but also cost effective.

She said that since she began to use e-wallet last year to pay for parking and other purchases, she had redeemed a lot of reward points for discounts on food and movie ticket purchases.

“I use the Touch ‘n Go eWallet, Boost and Maybank QRPay applications as the reward points I accumulate through purchases using these applications could be redeemed to get various vouchers,” she said.

A real estate agent V.Ragunath, 37, told Bernama that he had been using e-wallet for the past six months and found that not only it was convenient to use, but also cost effective.

Ragunath, who received RM30 e-Cash from the government a few days ago, said he is now recommending the use of the e-wallet to friends and relatives.

Meanwhile, N.Venugopal, 65, who owns The Kitenggi, said that he noticed a marked increase in cashless transactions in his restaurant.

He said that his restaurant which specialises in South Indian food started offering the cashless option through the Touch n’ Go, Boost, GrabPay and Maybank QRPay platforms since mid last year.

Watson Beauty and health store manager, Syarifah Attan, 42, said about 50 per cent of customers at the store were seen using e-wallet payments.

“Customers will usually buy items in large quantities typically above RM200 in order to receive substantial cash back points.

She said Watsons is currently running a promotion that gives back RM15 in the form of e-vouchers to customers buying RM100 worth of goods.

The changing face of e-commerce in Malaysia

Prosyscom Tech Jul 6, 2020
Let’s admit, our work computers, personal devices, and even smart home devices were under the risk of…
Tips & Tricks

How to Increase Audio Quality on Any Android Device

How To Capture Long Scrolling Screenshots on Windows 10

10 Ways To Speed Up Your Chrome Browser