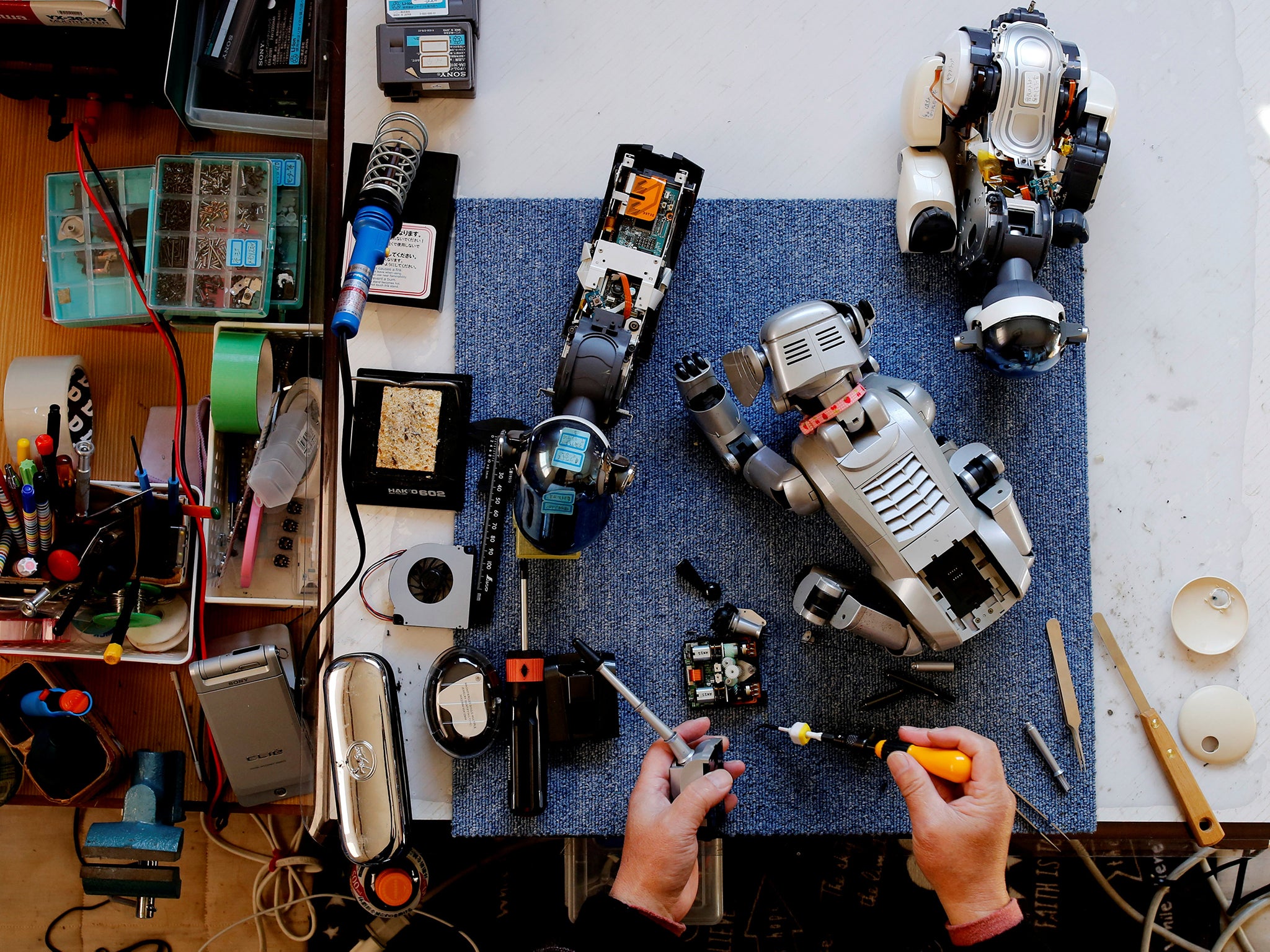 Before Siri and Cortana, pop culture offered up several versions of feminised artificial intelligence – but none of the artists perhaps envisioned how the reality could take us backwards rather than propel us into a new, more equal world.

Charli XCX’s latest album, Pop 2, has been dubbed as the “sequel” to pop music. The 10-track mixtape is riddled with a slew of pop sirens, underground up-and-comers and club-ready anthems: “Go fuck your prototype I’m an upgrade of your stereotype,” Charli sings in Femmebot.

In 2010, Robyn’s Fembot interrogated the intersection of womanhood and androidism, while Christina Aguilera’s sixth album that same year, Bionic, toyed between electro-pop beats (the machine) and stripped-back ballads (the woman).

The phenomenon has long been computed into film and pop culture (Her (2013), Ex Machina (2014), Stepford Wives (1975), Metropolis (1927)), but only recently have physical manifestations entered our reality.

Just as we acknowledge the wiring of femmebots and female pop stars, we should also consider the broader parallel between women and technology, and the increased feminisation of artificial intelligence.

Think to the artificial intelligence we hold in our hands or that lie at our bedside: Siri, Google, Cortana, Alexa. While Siri is default male in the United Kingdom (it’s thought that Brits respond better to “authoritative” voices), it’s typically understood that consumers are looking for a voice of obedience and subservience, a voice trained take direction, to always be available, always of service. A woman’s voice: the perfect servant.

Historically this fits neatly into a patriarchal tradition where women are both forcibly and insidiously assigned roles that speak solely to servitude. “Siri, play some music” is reminiscent of the traditional 1950s housewife; women locked into domestic labour and the chores of the household. “Hey Google, when is my meeting today?” brings forward the Mad Men-era secretary, carefully schooled to listen and respond but never speak against. Women today are still over-represented in service-facing jobs (nurse, teacher, flight attendant, waitress), because the language of sexism maintains that this is the natural order.

The feminisation of artificial intelligence therefore isn’t just an illustration of women’s continued subservience in current society, but is also used as a vehicle to naturalise sexism even further. The more we condition ourselves to speak to our AI with the dichotomy of master and servant, the further we banish femininity and womanhood to old-fashioned stereotypes about how women and men are meant to be. Worse, we begin to unpick the seams of what feminism and the women’s movement has long fought for: agency, women’s liberation and the idea that men and women have equal capabilities.

Instead of designing technology that can move us towards gender equality, it seems that major tech industries are simply regurgitating and reproducing the status quo: designing for the world that already is, rather than the world that ought to be. It seems almost comical in its dullness that when faced with the opportunity to design a post-human world, cutting-edge tech still caters to traditional gender roles. But is this all too surprising when considering the makeup of the tech industry? Across all the powerhouse companies (Google, Apple, Amazon, Intel, Microsoft) white men lead the pack in both average employment and leadership.

In seeing the blueprints of our society’s future (Google plans to build cities!) it looks as if Charli’s anthemic vision – the upgrade of our stereotypes – is destined to short-circuit. Just as tech’s power to influence and shape our future and its values continues to grow, so does the urgency for inclusivity and diversity. Because this upgrade can only be completed once women are invited to become the architects of these societal values – and importantly – their own voices.

These figures confirm what people think about robot delivery

Robotic platform to study the reflex network of walking cats