Co-founder and CEO Ben Anderson has described Amino as a way to help people who have “passionate niche interests” find others who feel the same way, via smartphone apps.

The company started out with apps focused on a handful of topics like K-pop, anime and Doctor Who, but it later added the ability for anyone to launch new communities in the main Amino app, and there are now more than 2.5 million communities.

Of course, some of these communities are more active than others, and there’s some overlap between them. But Max Sebela, who is general manager for Amino’s English-language apps, said there’s less overlap than you might think, because “each interest is actually a universe of micro interests.” For example, there might be one community focused on sharing strategy and tactics around the video game Overwatch, while another might revolve around sharing Overwatch fan art.

Ultimately, Sebela said it’s up to the founders and leaders of each community to decide what the community wants to focus on, and which product features they want to use to enable that. Meanwhile, Anderson said Amino is constantly tweaking its algorithms to make sure it’s surfacing the best communities for each user.

“Instead of one big, blue ocean, we provide a million lakes and help you find the exact right one,” he added. 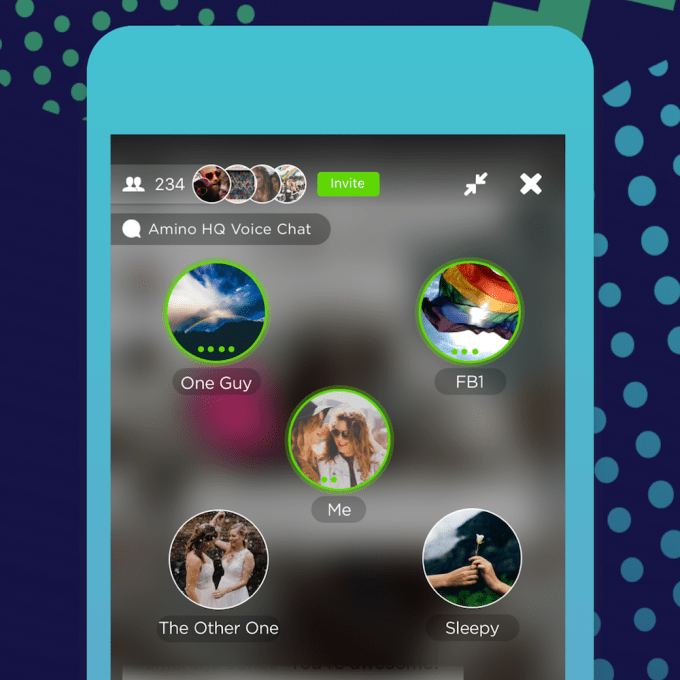 Perhaps even more impressive than the number of communities is the amount of time the average user spends in Amino — more than 70 minutes per day.

One of the initial inspirations for the startup was a real-world anime convention, and Amino is getting closer to that experience with the addition of features like live voice and video chat, as well as the screening room, where you can watch videos with other users.

During our conversation, Sebela opened up one of the K-Pop communities on his phone and was quickly able to listen in on a chat room where multiple users were singing along together. (Sadly, we didn’t join in.)

“The technology is not super unique,” Anderson acknowledged. “What makes it really special is, I can voice chat with my friends on a lot of different networks, but here I can hop in and join a voice chat with 10 Harry Potter fans who I may not know in my real life.”

While these features are already live, Anderson said they’ve been “downplayed” while Amino tests them out and works out the kinks. Now it’s ready to put them “front-and-center” in the app.

Amino has now raised more than $70 million in total funding.

It’s also been testing out ways to make money, which Anderson said will occur primarily through a subscription service — though apparently it’s too early for him to offer more details.

Instagram testing stories design with vertical scrolling in its app