Per an official blog announcement, the Facebook-owned company announced today that its expanding this feature so stickers with a shopping bag icon will appear in the Story, allowing users to view more details on a particular product and purchase it directly from the brand—all without having to navigate out of the app in order to search for the item of interest. Shoppable tags were initially tested in the fall of 2016 with a set of 20 retail partners including Kate Spade and JackThreads. 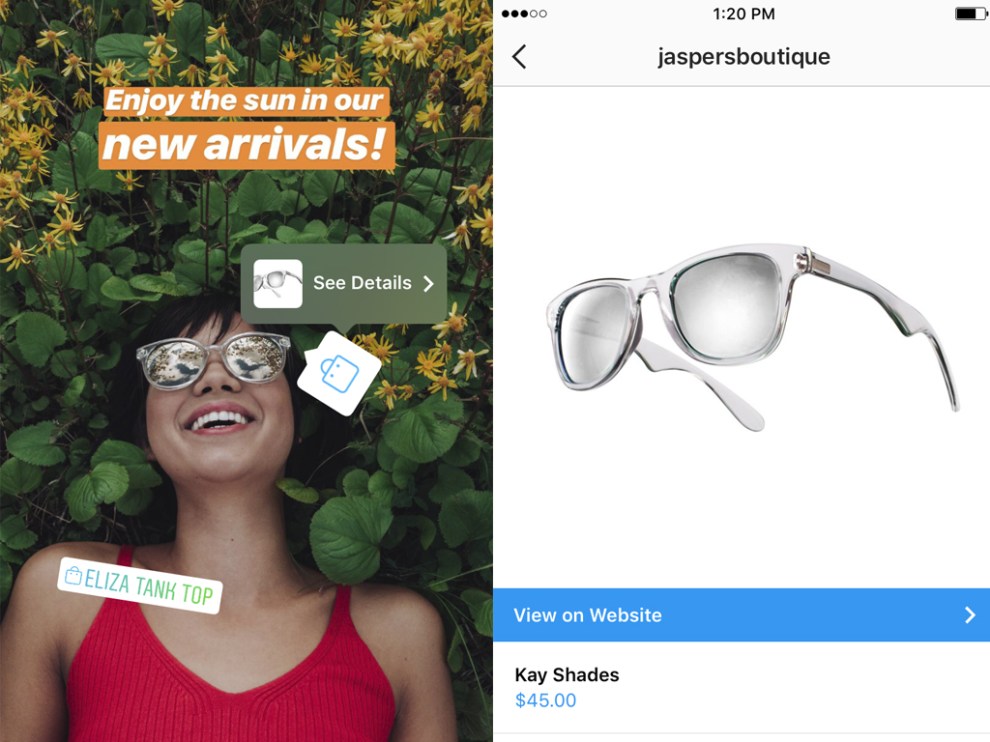 The first group of brands utilizing the new tagging service includes Adidas, Aritzia, The Kooples, and Louis Vuitton with more to be added soon provided the update is well-received. “Brands have always been early adopters of stories, they create some of the most viewed and engaging content on the platform,” the company claimed.

Specifically, Instagram reports that of its 800 million daily active users, 300 million use Instagram Stories every day. These users “often watch stories to stay in-the-know with brands they’re interested in, get an insider view of products they like, and find out about new products relevant to them.” Further, in 2017 half of all businesses on Instagram worldwide created at least one story during a typical month according to recent research.

This was reinforced this past May at Inc.’s GrowCo conference held in New Orleans where Instagram COO, Marne Levine, revealed that roughly 80 percent of users open the app with the intent to connect with businesses, discover brands, and shop. “There are 200 million Instagrammers who visit a business profile every day. Two-thirds of those are non-followers, someone who is looking around wanting to learn about new businesses. If businesses are looking for customers, they are here,” she added. In short, it isn’t all about the selfies and pretty filters.

Even more recently, earlier this month a new Pew Research study found that Instagram is the second most popular social media platform among U.S. teens between the ages of 13 and 17. In particular, 72 percent of respondents reported that they used the app. YouTube ranked first at 85 percent and Snapchat came in third at 69 percent.

Instagram isn’t the only social platform looking to stake a claim in the e-commerce space. Last March, Pinterest announced it would expand its shoppable ads to “hundreds of retailers.” Jumping to June, Snapchat is reportedly testing shoppable ads, an update that comes on the heels of a SeatGeek partnership that enables users to purchase tickets to concerts and other events directly in the app. Finally, Facebook introduced two monetization-driven initiatives: bidding for in-app advertising and the rollout of Marketplace ads.

Interested in learning more about the future of brands and driving commerce? Join us at one of our global flagship conferences where our global theme, “Closer” will explore these topics in detail. Can’t join us in person? Sign up for SMW Insider to watch full-length sessions from official Social Media Week conferences live and on-demand.

Feb 28, 2021
Sony PlayStation 5 has 825GB of onboard SSD storage. The latest reports in the next update PS5 will expand storage space and increase the fan speed.