For the first time, Tencent, the world’s largest game company, had a big presence at the Electronic Entertainment Expo (E3), the big game trade show recently held in Los Angeles.

The Shenzhen, China-based company teamed up with ESL to create a booth where the stars of its Arena of Valor mobile game could compete in the playoffs of its global esports tournament. It was an experiment to see if mobile esports could work well at E3, where the noise level is huge in terms of competition for attention.

Esports is forecast to grow from $906 million in 2018 to $1.65 billion by 2021 (according to market researcher Newzoo), and from 143 million enthusiast fans in 2017 to 250 million in 2021. To do that, it probably has to succeed on mobile, which is half the gaming market. And mobile doesn’t always take much of the stage at E3, where console and PC games rule. The presence of mobile esports at E3 show is one more example of the esports explosion that we’ve seen in the past year. 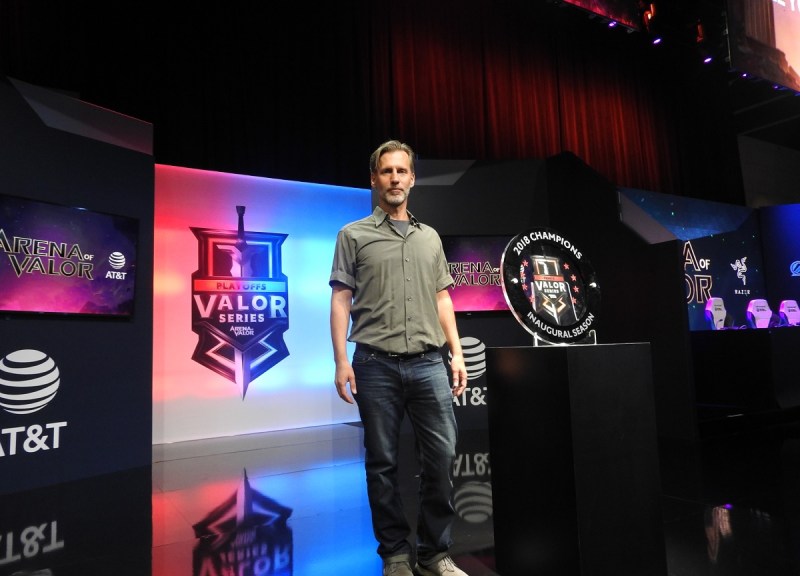 Above: Ramon Hermann, director of esports at Tencent America on stage at E3 2018.

“I was a bit nervous coming in here because I wasn’t sure if we’d have the right live audience for a mobile title,” said Ramon Hermann, director of esports at Tencent America, in an interview with GamesBeat. “But it turned out really well. The place was packed most of the day and it couldn’t have gone better.”

Hermann said he believed it worked, even amid the crowds of E3, because Tencent has stayed in strong touch with its community since launching the game. And it so happens that Arena of Valor is the most popular mobile game in the world, thanks to its huge presence in China. 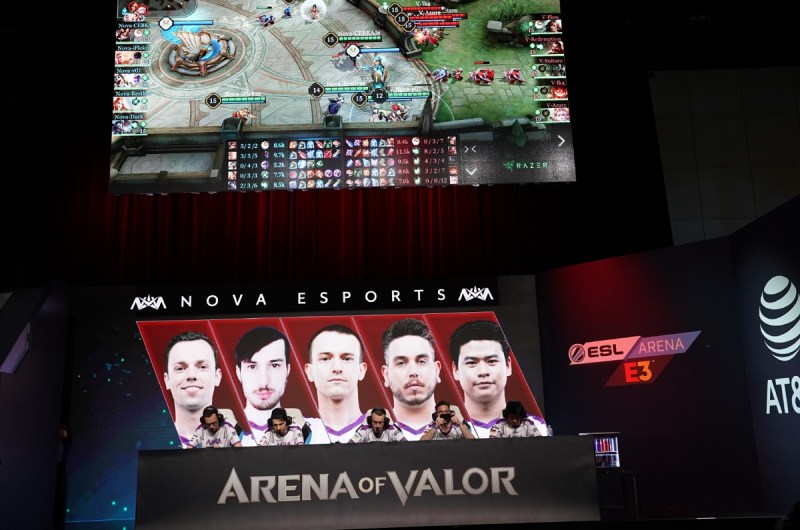 Above: Tencent Arena of Valor competition at E3 2018.

“We kept the format open, not just for the professional teams,” Hermann said. “You could get together with your friends and qualify for the competition. Some of the teams we had here were home-grown teams. I think that kept everybody involved in it.”

The tournament was broadcast on six streaming platforms, including the Arena of Valor Twitch channel. The winners will battle in Los Angeles in July for a prize pool of $550,000.

“There’s no question, just from having a 14-year-old kid, that [mobile] is ultimately going to be the hardware of choice,” said Yvette Martinez-Rea, head of North America at ESL, in an interview. “Whether the games are compelling enough yet, it’s early days. But Arena of Valor is doing a good job of focusing on their community in this market.” 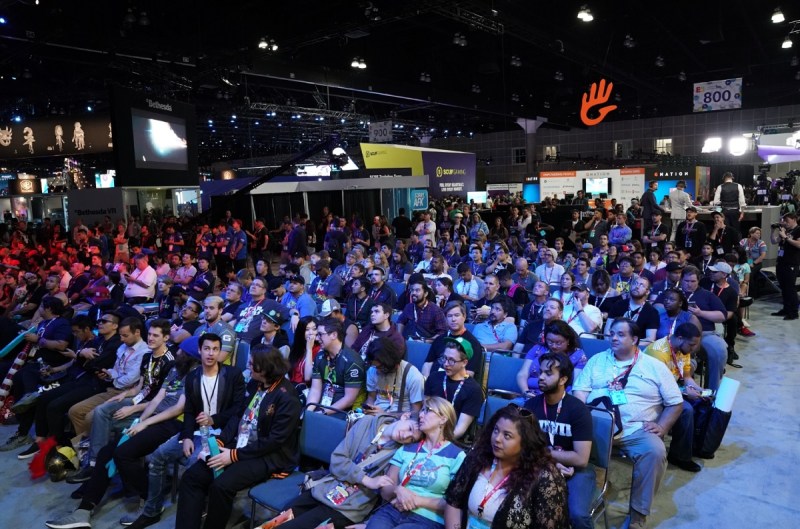 In Tencent’s The Valor Series, players have been competing for a few months in both North America and Europe to rise to the top. The winning teams from North America and Europe will go to a boot camp in Thailand to train with the Asian teams that have been playing for a longer time (the game was released in China first as Honor of Kings). Razer provided the mobile phone hardware for the tournament, and AT&T supported the event with a booth focused on 5G wireless data technology and Microsoft’s HoloLens augmented reality tech.

Hermann said ESL has a long track record of organizing tournaments, handling things like arranging travel and getting visas for all of the European players.

“It’s a help having a partner that knows how to do these things,” Hermann said. “And it’s great having a game like Arena of Valor to pave the way for mobile esports.”

As for turning E3 into a permanent esports venue, it has a better chance now that the show lets in more than 15,000 consumers alongside the business professionals of the game industry.