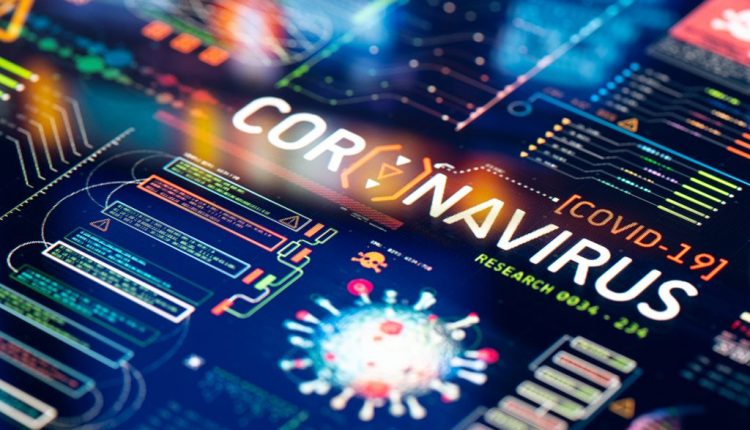 AI in-home system that can monitor for coronavirus symptoms

During the “COVID-19 and AI” livestream event run by the Stanford Institute of Human-Centered AI (HAI), Stanford professor and HAI codirector Dr. Fei-Fei Li presented a concept for an AI-powered in-home system that could track a resident’s health, including for signs of COVID-19, while ensuring privacy.

It’s designed to keep seniors, many of whom live alone, connected to family or medical caregivers. The difficulty in caring for seniors in the midst of the COVID-19 pandemic is that the best way to protect them is to reduce contact with people including those who would notice if they’re showing symptoms of the illness. This system seeks to address the problem of tracking seniors’ health without exposing them to risk from contact and would also allow caregivers to remotely monitor the base health of seniors who have existing medical conditions.

Li and her team, which she said in her presentation comprises an interdisciplinary cohort of both clinicians and computer scientists, had already been working on this project before the novel coronavirus broke out. “We’ve spent the last several years looking at how a set of AI technology could help aging seniors to live more independently and cope with chronic disease management. But recently, we realized the same technology for longer-term care might also be helpful for seniors in this acute pandemic,” she said.

The project is still in the research phase. The team needs to finish building the data set and training the model, and it’s unclear how long that will take to complete. But in part or in whole, the system, which was originally conceived for elder care in general, would be ideal for health monitoring in a time of mass quarantine.

The system would comprise cameras and smart sensors that are mounted in the home. The presentation outlined four types of sensors — cameras, depth sensors, thermal sensors, and wearable sensors (e.g., a FitBit). Li said their research focuses only on the first three. She also allowed that because privacy is important in a system like this, cameras present a challenge that the other types of sensors do not. “Camera sensors carry a lot of detailed information [about] a person’s activity, but it’s least compatible with most people’s privacy needs,” she said.

As the sensors capture data, the system would send it to a secure central server. Li acknowledged that there are security risks inherent in that process, like the threat of cyberattacks. In an emailed response to VentureBeat’s follow-up questions, she emphasized that the researchers are following privacy and security guidelines throughout this entire process. “For instance, our edge devices are equipped with disk encryption, the data will have [users’] privacy attributes removed (e.g. face blurring), the data will be encrypted before being transferred to the cloud, [and] our server is HIPPA-compliant,” she said.

Once the data reaches the server, a team of approved clinicians and AI experts will analyze and annotate it in order to develop a machine-learning model. “Then AI models are trained to recognize clinically relevant patterns, including respiratory, sleep, dietary, and other behaviors,” Li said. The patterns they’re looking for are around Activities of Daily Living (ADL) that could point to deterioration of health — in other words, the model is focused on looking at specific measures. It’s not a deep and wide analysis of all of the resident’s daily activities, which Li said is a way to find “a good utility-privacy tradeoff.”

The trained model would then be deployed to the edge devices, where the detection system could run locally. This would create a closed-loop system wherein no data has to leave the premises. That’s inherently secure, but it makes it impossible to do any further training on the model. The researchers have a plan for addressing this limitation, which Li outlined in her emailed response to VentureBeat. “We envision the model on each edge device will still be updated to adapt to new environments and to improve robustness, in an unsupervised manner (i.e. without human annotation), using federated learning. By using federated learning, we hope to reduce privacy and security risks by limiting the attack surface to only the device, rather than the device and the cloud.”

As a final step, the system also needs a way to deliver smart sensor detection results to medical caregivers or family members. Li said the team hasn’t landed on a specific solution but is considering a mobile app or a web interface, either of which would be secured with multi-factor authentication.

Li finished with some caveats. “[These sensors] are not meant to do diagnostic decision-making or to replace clinicians, but they can be there continuously, keeping an eye on our aging population living at home and [helping] raise timely alerts to clinicians and families,” she said.

“Of course, at every step of this research, and the deployment of this technology, we have to be very thoughtful [about] the ethical, privacy, and security challenges,” she added.

The challenges presented by the current pandemic include not just keeping seniors safe and healthy but looking more broadly at the impending need to track the disease and people who are supposed to be quarantined. This system appears to have some components that could be adapted to perform some of that tracking without violating civil and privacy rights. But Li would not wade into those waters, saying only, “Our goal is to propose cutting-edge computer vision and machine learning technologies to help with some of health care’s most important and challenging problems, as well as to propose an ethical, privacy, and security guideline for AI health care research.”

Some other AI-powered home monitoring systems involve wearables, like those from Current Health, iRhythm, and LiveFreely. Solutions like Care.ai‘s employ computer vision to take a contactless monitoring approach, and in that way are similar to the concept Li’s team is developing, but Care.ai’s system is meant for hospitals instead of in-home care.

Li said that the research project is ongoing and the team is still focused on the science of it. But they’ve completed a pilot study at an assisted living facility in San Francisco in partnership with On Lok, an organization dedicated to quality senior care, and are on to the next phase of the research.

HSBC banks on startup for AI guardrails during coronavirus crisis

Malaysians urged to keep up with digital tech

Malaysia will be global leader in Islamic fintech Industry

AvosLocker hacker use AnyDesk in Safe Mode to install ransomware

How to Change Your Network Profile on Windows 11