Cyber-security specialists CipherTrace are aiming to address this ‘institutional lag’ by aiding law enforcement bodies and financial regulators with their investigations into cryptocurrency.

The firm have released the first of what will be quarterly reports on the state of cryptocurrency AML (Anti-money Laundering) regulation. This reveals a huge rise in demand for the processing of tainted cryptocurrency, created by a recent threefold increase in the amount of funds stolen from centralized exchanges. 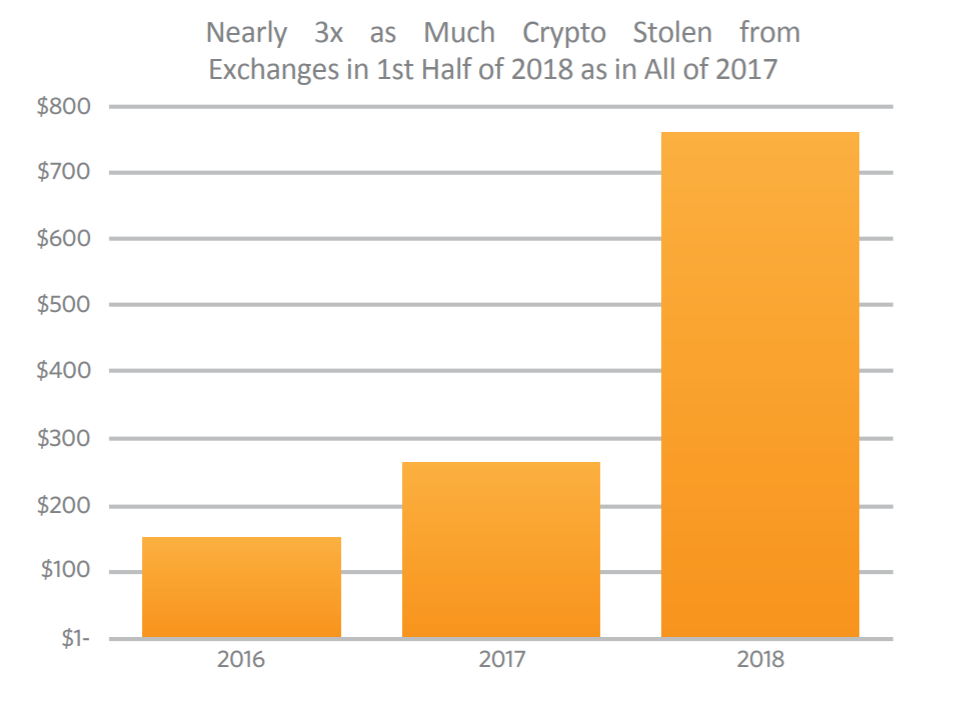 According to the report, we are living in a “new era of high-tech virtual money laundering” where cybercriminals are using a range of online tools—“mixers, tumblers, foggers and laundries”—designed specifically to obfuscate the origin of stolen digital currencies. 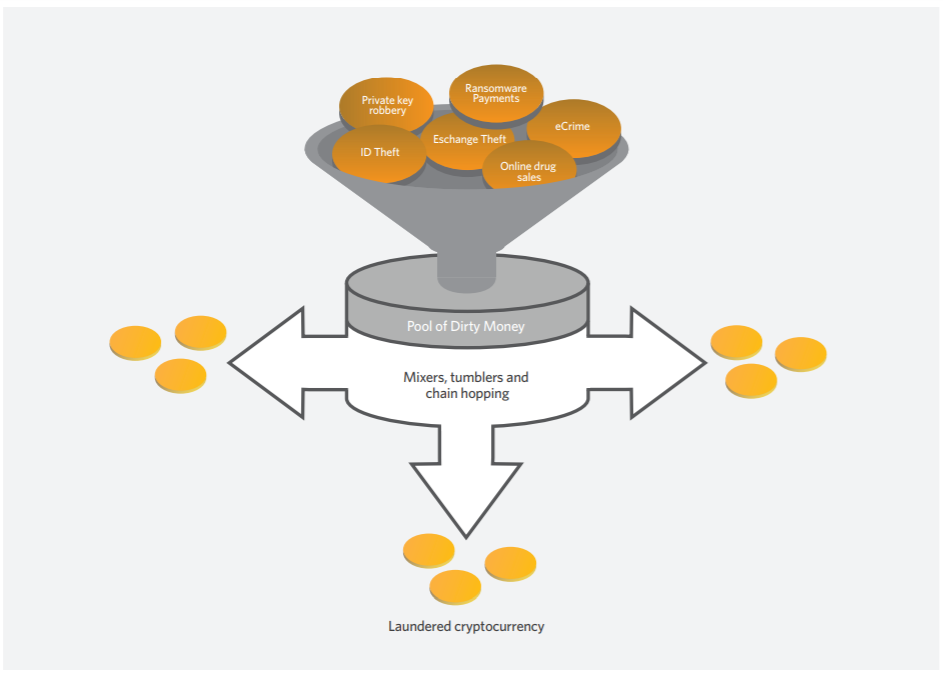 These websites charge a fee for laundering the digital loot, and use a process that combines it with other funds in an input pool, and then transfers it between exchanges until the origins become unclear. Interestingly, the report only briefly touches upon where these laundered cryptocurrencies come from, citing cyber extortion, dark markets, and ransomware as the most popular sources, along with the hacking of centralized exchanges.

This suggests that while crypto might be the method of choice for “cyber extortionists, dark markets and ransomware perpetrators” looking to cleanse their loot, it has not disrupted the more traditional money laundering market, who might still be choosing to use offshore banks and shady suitcases.

According to Business Insider, roughly 6.6 per cent of bitcoin is “controlled by people who came into possession of their digital currency by illegitimate means.” This is a similar estimate to the global proportion of laundered money, which is estimated by the United Nations to be “between 2-5 per cent of total global GDP, or $800 billion – $2 trillion in current US dollars.”

Recent research from Japan, which has record rates of crypto adoption, revealed that the laundering of illicit funds via bitcoin represented less than 1 per cent of all money laundering cases.

The report, however, states that Bitcoin is the number one currency of choice for cybercriminals—despite the fact its publicly accessible ledger makes transactions easier to trace than with alternatives like Monero, and arguably even more traceable than hard cash.

To prevent the conversion of money obtained from illegal activities into legitimate assets, the report recommends exchanges put Anti-Money Laundering (AML) and Know Your Customer (KYC) regulations in place to keep tabs on individuals carrying out transactions. These regulations are similar to traditional anti-money laundering frameworks in that they require companies to do their due diligence on who is using their platform.

Enforcing these regulations, however, could be far more difficult in the cryptocurrency space. As digital currencies operate beyond geographical and political borders, a global agreement on policy would be needed, which could only be reached through a coalition of regulators, law enforcers, banks, and centralized crypto exchanges.

Until such a system could be implemented, the report suggests that foreign crypto businesses operating in the USA would be held accountable to US AML laws, and quotes Jamal El-Hindi of the Financial Crimes Enforcement Network: “We will hold accountable foreign-located money transmitters, including virtual currency exchangers, that do business in the United States when they willfully violate U.S. AML laws.”

These “transmitters” could be a wide range of businesses, as not only exchanges would have to be targeted, but all companies that allow cryptocurrency to be deposited and withdrawn. This includes offshore gambling sites, which as the report points out, currently have little to no “Know Your Customer” (KYC) regulation, making it extremely difficult for law enforcement to obtain information about the transfers in and out.

The report concludes that to move forward, The Financial Action Task Force (FATF) should prioritise the creation of international AML regulation.

This is the same conclusion reached by the G20 conference in March this year, where member countries discussed the subject of a common anti-money laundering strategy and planned to re-gather in July to propose the first steps towards a unified regulation.