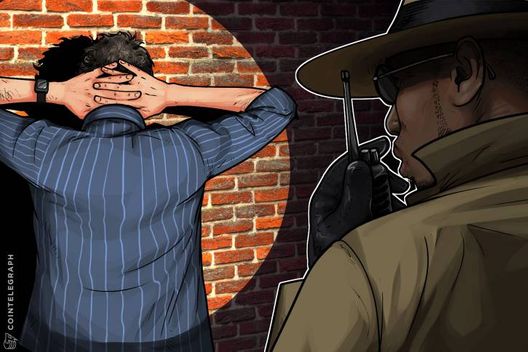 Agents acting under the purview of the U.S. Department of Justice (DOJ) have arrested more than 35 criminals by posing as cryptocurrency traders on the darknet, according to a DOJ release published yesterday, June 26. Officials also seized more than $23.6 million in criminal gains.

The operation included the seizure of Bitcoin (BTC) mining devices, nearly 2,000 in BTC and other cryptocurrencies worth a total of around $20 million, drugs including opioids, Xanax, MDA, LSD, and others, and fiat and gold bars worth around $3.6 million.

The DOJ release states that Special Agents of the New York HSI division, along with the Southern NYC District U.S. Attorney’s Office, participated in the year-long undercover operation which involved posing as crypto traders that intended to launder fiat for crypto on the darknet.

The investigation, which resulted in 90 active cases, was carried out in collaboration with the U.S. Immigration and Customs Enforcement’s Homeland Security Investigations (HSI), the Secret Service, the Postal Inspection Service, and the Drug Enforcement Agency (DEA).

HSI Acting Executive Associate Director Derek Benner said in the release that the “darknet is ever-changing and increasingly more intricate, making locating and targeting those selling illicit items on this platform more complicated”:

“The veil has been lifted. HSI has infiltrated the darknet, and together with its law enforcement partners nationwide, it has proven, once again, that every criminal is within arm’s reach of the law.”

News outlet Motherboard cites a criminal complaint for Nicholas J. Powell, one of the defendants charged by the DOJ, as describing how officials began investigating his customers with his cooperation, taking over his online accounts to find darknet drug vendors using Bitcoin.

Senior researcher at UC Berkeley’s International Computer Science Center Nicholas Weaver told Motherboard that “posing as a money launderer for Bitcoin seems like a great mechanism to find the dealers: There are so many paths for the darknet dealers to get drugs. There are much fewer paths for them to get cash”:

“Once you have the seller it is now easy to either find the drug dealer he’s supporting […] or, as they did here, take over the seller’s identity.”

Kenneth Jenkins, Assistant Director of the U.S. Secret Service, said that they are “continu[ing] to adopt along with these cyber criminals to maintain our level of success in stopping them.”

Yesterday, the DOJ also released a notice that they had seized $17 million in Bitcoin and other cryptocurrencies from two men on the charges of selling drugs on the darknet.

The DOJ has also concerned itself with wider reaching crypto matters, as they opened a criminal investigation into Bitcoin and Ethereum (ETH) price manipulation at the end of May.

Prosyscom Tech Sep 18, 2020
The Google App can be confusing. You see it on your phone screen with just a big G that suggests “Google”. You may…