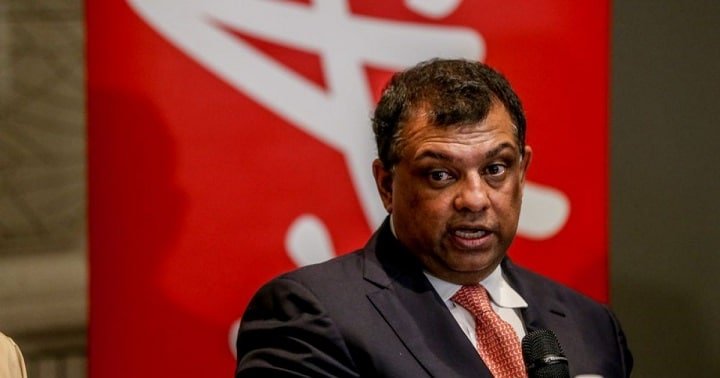 AirAsia founder Fernandes told in an interview recently that he and his team are working on what he hopes will be the world first “Super App”.

Details about the application are scant, but Fernandes say that he wants it to rival the likes of Grab, GoJek and WeChat with an all-in-one platform for food delivery, shopping, payments, entertainment and travel.

“The downturn was a blessing in disguise in some ways as it allowed us to focus more on it,” Fernandes was quoted as saying.

“Running an airline takes up a lot of our time but we have been given the opportunity and time to focus on our digital business.”

With a database of over 60 million customers, Asia’s biggest budget carrier already has a good starting point.

BBC reported that the AirAsia app, which will offer users a messaging service, has set its sights on multi-services super apps like Singapore-based Grab, Indonesia’s GoJek and China’s Meituan.

“AirAsia has always been a digital company. We were one of the first airlines to sell online. It’s in our bloodstream,” said Fernandes, also a major shareholder of English football club Queen’s Park Rangers (QPR).

“I know a super app sounds like a lofty target but Grab and GoJek also started out small as food or mobility apps. Plus people also questioned me the same way when I said I wanted to start AirAsia.”

The airline industry has been among sectors hardest hit by the coronavirus pandemic.

AirAsia Group Bhd in July reported a net loss of RM803.85 million for the first quarter ended March 31, 2020, compared with a net profit of RM96.09 million in the same period last year.

But despite the significant challenges in the airline industry, the group reported breakeven earnings before interest, taxes, depreciation and amortisation (RM29,000).

AirAsia attributed the results to its proactive capacity and cost management, alongside strong performances from the non-airline businesses.

Last year, the company launched its own record label called RedRecords in partnership with Universal Music.

The fledgling label said it wants to discover and promote stars from South-east Asia who will appeal to a Western audience.

“Boy, have we got something special with the record label,” Fernandes said.

“The Koreans have shown how Asian music can appeal to a global audience with K-pop and there is huge potential for South-east Asia.”

AirAsia bets on superapp to counter Grab and Gojek

Nov 25, 2020
expert warned that motion recognition systems can be used by cybercriminals password theft of users during video conferencing.