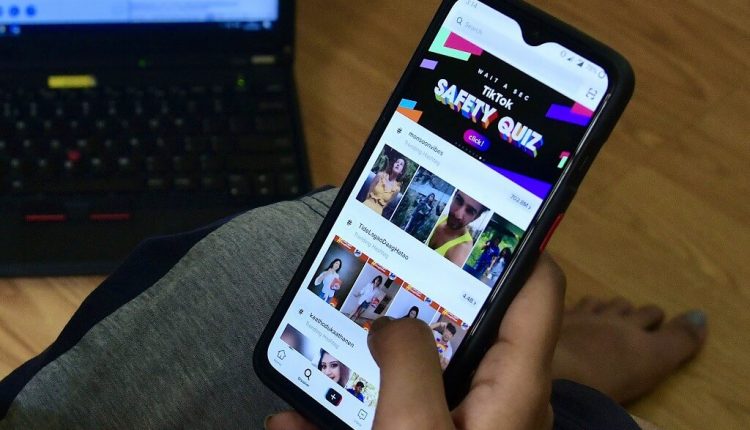 Is TikTok For Business safe for your business?

Over the last two years, short-form video app TikTok has exploded in popularity particularly among younger users, surpassing 1.5 billion downloads last year and over 315 million times so far in 2020. That makes it the ideal channel for innovative marketers to engage with a valuable, young audience – especially with marketing budgets diverted amid, albeit easing, lockdowns.

But should businesses leveraging the platform be concerned given current concerns?

Overtaking Facebook and Instagram, TikTok is currently the de facto social app of choice among younger users. TikTok’s popularity has been so meteoric among 16-to-24-year-olds that it’s attracted marketing spend from brands such as eBay, Zalora, Kia, Maybelline, and Puma began recognizing the platform as a powerful tool to reach a millennial audience.

“TikTok’s immersive, short-form videos give businesses a platform to participate and engage with a community known for its creativity, ingenuity, and joy,” is how Chew Wee Ng, TikTok’s Head of Business Marketing for Southeast Asia, describes the platform.

Brands and SMBs can engage TikTok’s influential group of content creators in the Creator Marketplace, identifying the right creator that aligns with their brand message, leveraging the creator’s followers for engagement. The self-serve ad platform will provide data and marketer-driven insights on campaigns and on popular video trends.

Despite its popularity among the youth market and the increasing stack of marketing options, the app owned by Chinese firm ByteDance is currently besieged by privacy and national security allegations, and that’s got some asking about the app’s privacy policies.

US lawmakers first pointed to TikTok as a potential spying and data gathering tool for the Chinese government, and there are even hints from the Trump Adminstration of a national ban on the app, while the European Union is also forming an investigative task force to examine TikTok’s data collection and its security and privacy risks. One Australian senator accused TikTok of being “a data collection service disguised as social media.”

While TikTok has tried to distance itself from its Chinese owner, concerns lie in the fact that Chinese technology companies are required by law to provide the information they obtain, or information stored on their networks to Chinese authorities if requested. An official from the United States’ Office of the Director of National Intelligence told NBC: “All Americans should be concerned that their images, biometrics, locational and other data stored on Chinese apps must be turned over to China’s state security apparatus upon request.”

TikTok has made efforts to distance itself from its parent company ByteDance and any ties to the Chinese PLO government. The app claims to have addressed many of the privacy and security loopholes floated regarding its commercial app, and said in a blog post on its website that, “We are not influenced by any foreign government, including the Chinese government; TikTok does not operate in China, nor do we have any intention of doing so in the future.”

However, TikTok has also been accused of censorship. This stems back to an article in The Guardian in September 2019, when leaked documents showed TikTok instructing moderators to censor videos that mentioned topics such as Tiananmen Square Protests, Tibetan independence, the religious group Falun Gong, among other topics considered sensitive by the Chinese government.

This investigation followed the Washington Post discovering that searches for Hong Kong-related topics on TikTok showed no content about the ongoing pro-democracy protests, which was heavily present on other platforms. Amid current concerns over privacy and the introduction of stringent security laws in Hong Kong by the Chinese mainland, this week TikTok announced its departure from the nation, while other tech firms only announced a review of their standing, marking a symbolic gesture against the authoritarian nation and its own collusion with its intent.

In light of the boycott taking place by advertisers on Facebook due to concerns about hateful content on the platform, transparency and accountability, sacrificing its comparatively small Hong Kong market was seen as a strategic move to regain public trust in light of concerns around collusion with the authoritarian Chinese Communist Party.

TikTok For Business’ privacy policy shows the service collects a lot of the same personal and device data as the commercial TikTok app, including personal information and browser cookies, but it will also compile information on the device being used, including “your IP address, device information including, but not limited to, identifier, name, and type of operating system, information obtained from Cookies (as defined below) and other tracking technologies, time zone, and locale setting, and server logs (which can include information like access dates and times).”

While the policy is upfront about the user and business tracking data it will collate, it is vague on how long TikTok will store (and make use of) that information, saying only that it will keep the data for as long as “our contractual obligations and rights in relation to the information involved.”

If users want to cancel their TikTok for Business account, the privacy policy states it will still store your data, but in “an aggregated and anonymized format.”

TikTok For Business has varying privacy rights specifically stated for the US state of California, the European Union, and India, in line with regional data privacy regulations in operation. The EU and India portion, for example, permits users to “ask us [TikTok] to delete” their stored data, due to tougher regulations under the EU’s General Data Protection Regulation (GDPR) and India’s recently tightened data-privacy laws. For California, users can request to obtain “a list of third parties to whom we may disclose personal data for marketing purposes” but deleting of stored data is omitted, and so is the part about “anonymizing” stored information once the user terminates their service.

Storage of collected data is said to be stored “in the United States with backup redundancy in Singapore,” according to the company’s blog post that disputes the government spying claims, stating emphatically, “TikTok does not remove content based on sensitivities related to China. We have never been asked by the Chinese government to remove any content and we would not do so if asked. Period.”

Should my business use TikTok for Business?

There is no sufficient evidence that data has been misused by TikTok or, indeed, shared with the Chinese government, and therefore, no reason why a company’s data would be at risk when using TikTok for Business. As with any other social media marketing platform, by using the service businesses must make their own judgements in line with the privacy information outlined by the company, and the extent and nature to which the company is willing to share data with tech giants, who aren’t immune from breaches themselves.

It is also up to the individual business about how much merit they give earlier reports of censorship, and whether TikTok’s departure from Hong Kong in light of invasive new privacy laws is enough to convince them that the company’s standing on the matter is in line with their own.

For now, TikTok remains as one of the most effective means of targeting a young, engaged audience – some may wish to take advantage of that while it’s a certainty.

Huawei looks to amp up cloud business in fight for survival