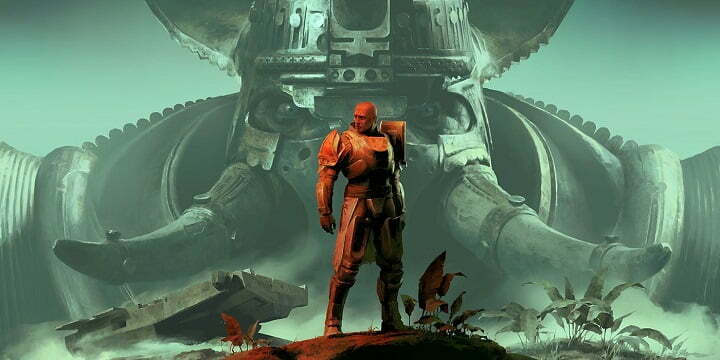 Destiny 2: How Season of the Chosen’s Story Ties Back into Calus

As Season of the Chosen begins next week, Destiny 2 latest villain has ties to both the Cabal and Calus, as well as something mysterious.

While hints of the next season were initially leaked back in December, Season 13 of Destiny 2 is on the way next week. Dubbed “Season of the Chosen,” players will find themselves in contact with yet another imposing threat from the Cabal. As the Red Legion resurfaces once more, despite guardians’ efforts from Season of the Worthy, a certain Cabal emperor’s sister has come to humanity’s galaxy with a proposition. Calus’ sister, Caiatl, has gathered what remains of the Red Legion and Cabal together to combat the Vanguard, who would not abide by her “alliance.” Even if the Leviathan and Calus himself are missing in action, his sister may be taking his place.

As far as guardians know currently, Calus and the Leviathan have disappeared from the system seemingly without a trace. Undoubtedly, this is related to the coming of the Darkness and its pyramids, which have similarly made other planets disappear from the system. Obviously, the pragmatic reasoning behind these planets’ disappearance is the implementation of the Destiny Content Vault to Destiny 2. Lore-wise, however, it seems the pulse from the Traveler at the culmination of Season of Arrivals may have done more than just repairing the broken sphere.

What Happened to Calus When the Darkness Arrived

When the Darkness finally arrived in humanity’s galaxy, taking over the ever-familiar planets Destiny 2 players knew so well, Calus and the Leviathan also disappeared. The culmination of the Season of Arrivals, and the repeated pulses of the Traveler, seems to have done more than push back the Darkness. There is a very strong possibility that, instead of the planets being permanently destroyed or rendered uninhabitable, they’ve been hidden by Stasis or disappeared entirely. The only evidence to support disappearance/planetary stasis comes from the Forsaken lore book entitled “Cosmogyre IV,” where something similar to the Traveler’s pulse of Light occurred.

There is a possibility that Calus and the Leviathan have either been transposed to a different dimension, or simply moved to another location in space/time entirely. That Forsaken lore book describes Mara Sov’s disappearance into the Distributary, the home world (or more accurately, home dimension) of the Awoken. Considering the Awoken and the Dreaming City were stuck in a singularity for as long as humanity was in the Dark Age, it’s possible a similar short-term version of events has occurred. Dialogue from Osiris in Season of the Hunt describes Nessus orbital path as “changed,” and that Osiris could not locate the Leviathan or Calus on any long-range scans.

The Red Legion’s New Leader is Related to Calus

With the Cabal Emperor and his flagship missing, thus comes the introduction of Calus’ sister: Caiatl. As the newly instated leader of the long-dormant Red Legion, Caiatl introduces herself to the Vanguard, with what remains of the Cabal in tow. She seeks to form an “alliance” with humanity to deal with the various sects of the Hive, and the Taken, ravaging the rest of the solar system. Granted that “alliance” Caiatl sought was more akin to obedience, which is ironic given the state of the Cabal after the Red War and the destruction of the Almighty. It seems the Cabal empress wishes to rediscover the Red Legion’s former glory while humanity is distracted by the Darkness.

What’s more interesting is that there’s something strange about Caiatl and the Red Legion conveniently resurfacing at this moment. Another slew of dialogue with Osiris mentions that the Cabal are stationed somewhere in the Reef, near “a strange new presence” located in the asteroid belt. Osiris describes several members of Caiatl’s Cabal gathering around a “small tower,” all the while they’re “enraptured by something [Osiris] could not perceive.” Even the Cabal were tainted by the Wrathborn, a new sect of Hive enemies in Season of the Hunt. The defeat of the High Celebrant’s Wrathborn, at the hands of the Guardians, seems to have brought Caiatl to the Vanguard.

Caiatl and the Cabal Return, Though Not Without Mystery

Fast-forward to Season of the Chosen’s reveal trailer, which specifically states “the Hive God was driven back, but her influence lingers, as a new threat emerges.” The very next scene introduces Caiatl, which is a strange choice given that the Red Legion’s empress doesn’t immediately appear to be corrupted by Darkness. She even specifically offers her “alliance” to the Vanguard to crush the Hive. When the Vanguard declines her “alliance,” Caiatl seems to wage war on the guardians once again, but there’s also hints of something far more sinister happening. There’s even a frame in the trailer that shows some kind of corrupted Cabal, perhaps tainted by the Hive.

Calus’ sister marks the return of the Cabal in full force, rather than just another version of the Leviathan. Even though Caiatl has some kind of similar vehicle in what the trailer describes as a living “tank,” the Battlegrounds activity is not just a lavish side activity like the Leviathan was. However, there’s something far sinister going on with Caiatl and the Cabal than she’s letting on. Why else would she immediately go to war with humanity again unless she had an ulterior motive or force driving her? These are likely the answers players will find in Season of the Chosen, but while Calus is missing, his sister Caiatl seems to have some kind of grander plan to enact in his absence.