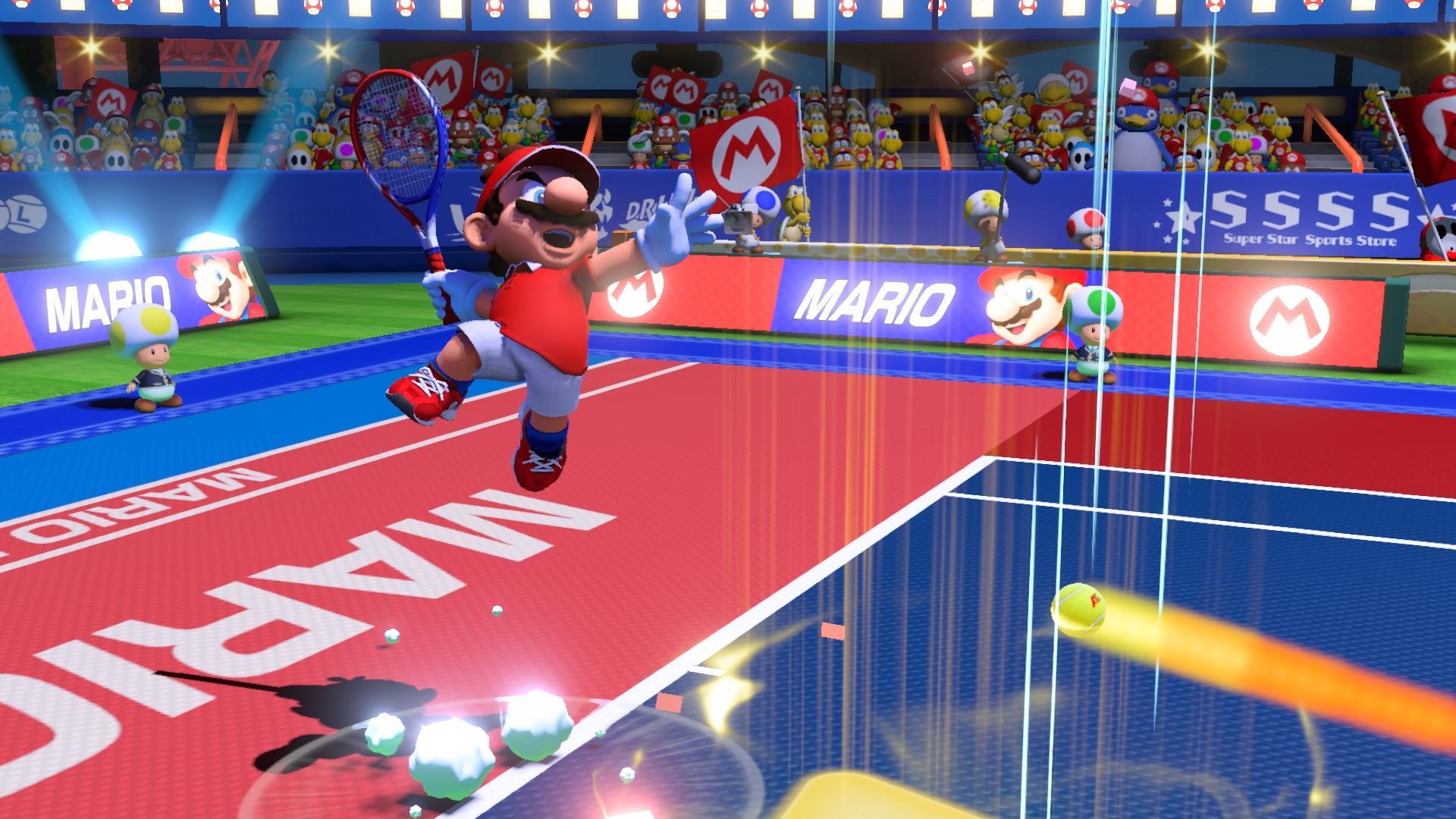 With Wimbledon underway and tennis fever threatening to shove aside World Cup fever as the foremost sporting-based malady, what better way to mark the occasion with a new iteration of Mario Tennis?

The Switch version of Nintendo’s popular sports game sees Mario and his friends, enemies and miscellaneous together again for more inexplicable tennis action. Players can choose from the good (Mario, Luigi, Toad, Peach), the bad (Bowser, Boo, Wario) and the just plain misunderstood (Chain Chomp). You even have the rare opportunity to play as Waluigi.

As with most Nintendo titles, a big question is one you’ll be faced with early on: is it any good as a single player game? There’s an adventure mode, which is the first thing you see, rather than a menu screen. You play as Mario, hoping to take down the dastardly duo of Wario and Waluigi who have stolen power stones and a legendary racket. Pretty standard stuff for a Mario game.

The only issue is that’s kind of where the excitement ends. The challenges are somewhat repetitive and they can feel like a chore at times — especially if you consider it’s the only way to unlock certain courts. There’s about six hours of gameplay in total and by the end it can feel like a lot more.

The much talked-about and Rafa Nadal-endorsed Swing mode is also quite disappointing. You hold your Joy-Cons like a Wii Remote; throw the ball up and then motion forward to serve, and swing to hit the ball. It’s nice in theory but doesn’t work very well and leaves you wanting to go back and play with regular controls.

Nintendo announces Mario Kart for iPhone and much more


The single player tournaments and free play modes are slightly better, particularly if you’re looking to hone your craft before jumping into online or preparing to beat your friends. Ultimately, not many players will find hours of fun in offline single player matches, particularly as the computer is just a bit too good on the harder settings.

Luckily, where the single player falls down the offline multiplayer more than makes up for. Mario Tennis has always been at its best when played with friends – and Aces is no different. It’s an absolutely brilliant game in terms of mechanics, controls and just pure levels of fun. Sure, a new Virtua Tennis or Top Spin game would be fantastic to have, but for pure enjoyment, it’s hard to look past hitting a winner with Chain Chomp against an overpowered Bowser Jr.

Online is similarly good and doesn’t suffer from any game-ruining lag issues, but it’s still not perfect. Nintendo and online play have never been best of friends and there’s still a long way to go here — particularly if you’re trying to play against friends. Thankfully, a recent patch update has introduced a rating system online and fixed a couple of further bugs, which is a start. Fingers crossed there’s continued support.

That’s ultimately why I’d recommend buying the game. Mario Tennis Aces isn’t perfect, but Nintendo are showing a willing to actually update their imperfect games with downloadable patches, The Life of Pablo-style. It’s not good enough to just release a game and leave it as is if it’s not right, and Nintendo definitely appreciates that.

If you’re after a single player tennis simulator then you’ll be disappointed. But you should buy this game for the multiplayer experience and if you’re looking to play a genuinely entertaining game online.