A cancer patient had a dream to make his own League of Legends skin, or customized character appearance. Contacted through Make-A-Wish Foundation, Riot Games agreed to let him do it. And it turned out so good, Riot Games is now selling the skin worldwide and donating the proceeds to charity.

That’s a dream come true for the patient, Bryan, an 18-year-old from Saratoga, California and a big League of Legends fan. He was recovering from osteosarcoma, a form of bone cancer, and his parents said that they could tell how he was feeling by how many League of Legends matches he had played. As he recovered, he played more and more. His cancer is in remission right now, and he’s getting ready to go to college.

Starting today, you can purchase Bryan’s skin — a champion dubbed Dark Star Cho’Gath — with Riot’s in-game currency (prices vary, but the skin itself costs roughly $9.60). The skin is available worldwide and the proceeds will benefit local charities. 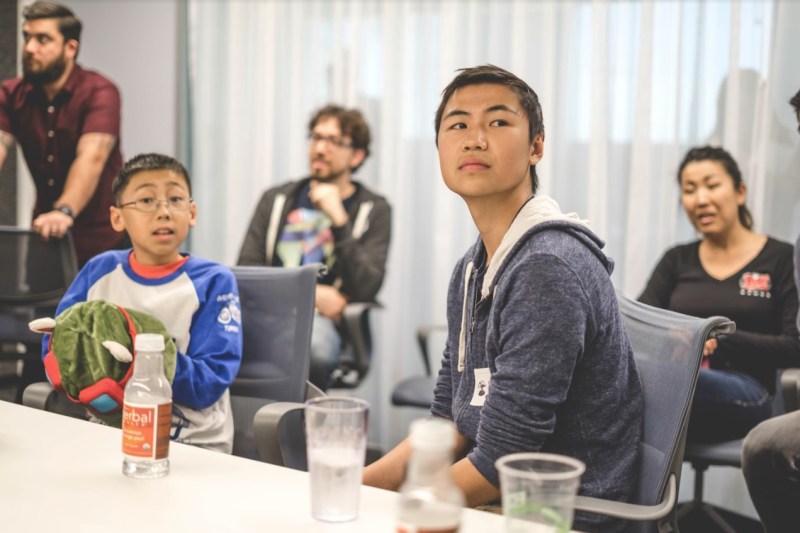 Above: Bryan is a cancer patient who visited Riot Games and created a new character, or skin.

The broad release of a fan-created skin is a rare outcome that turned out to be a major effort for the company, said Jeff Burrell, head of Riot Karma (the giving arm of Riot in Los Angeles), in an interview with GamesBeat.

“Each year, we select a few key projects to go big and bold,” Burrell said. “This started as local, as Bryan wanted to design his own skin just for himself. It turns out he had a really good idea.”

Bryan told Make-A-Wish that he wanted to visit Riot Games in Los Angeles to make a skin. A team of Riot volunteers brainstormed with Bryan through a series of emails and video chats prior to his visit.

Then they invited Bryan and his family to come, and their artists collaborated with him to create the skin and its accessories, based on a creature of the Void dubbed Cho’Gath. He even recorded a new piece of Cho’Gath theme music on a clarinet. He called the skin Dark Star Cho’Gath.

The last time this character got a new skin was 2015. As the character gets used and grows experience, it also grows in size. And the supernova in the middle of the character grows and changes color.

At first, the plan was simply to give the skin to Bryan so he could play it on his own machine. But everyone liked it so much they decided to make it available to all of the game’s 100 million active players. 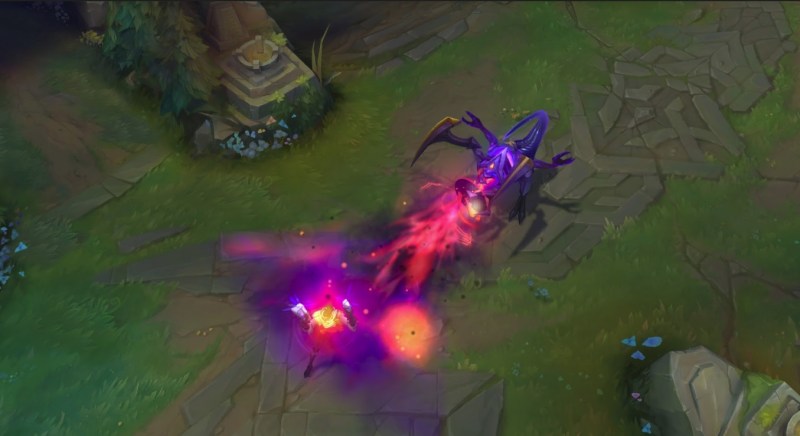 In celebration of the collaboration with Bryan, from July 13 through August 10, 2018, players will be able to give back to their local communities with 100 percent of proceeds from Dark Star Cho’Gath skins, icons, emotes, and bundles going to GlobalGiving, a nonprofit partner.

GlobalGiving will then distribute grant funding on a proportional basis from sales in participating regions to over 20 nonprofits around the world, with each organization receiving a minimum of $10,000.

At the end of the fundraiser, the skin, icon, and border will leave the shop. Dark Star Cho’Gath will eventually return as a Gemstone skin, but all related content will only be available as part of this fundraiser.

Burrell said he was proud of the Riot team and its innovative approach to philanthropy. He also believes the project will have a big impact for charities because gamers have a unique ability and desire to change the world for the better — while playing. 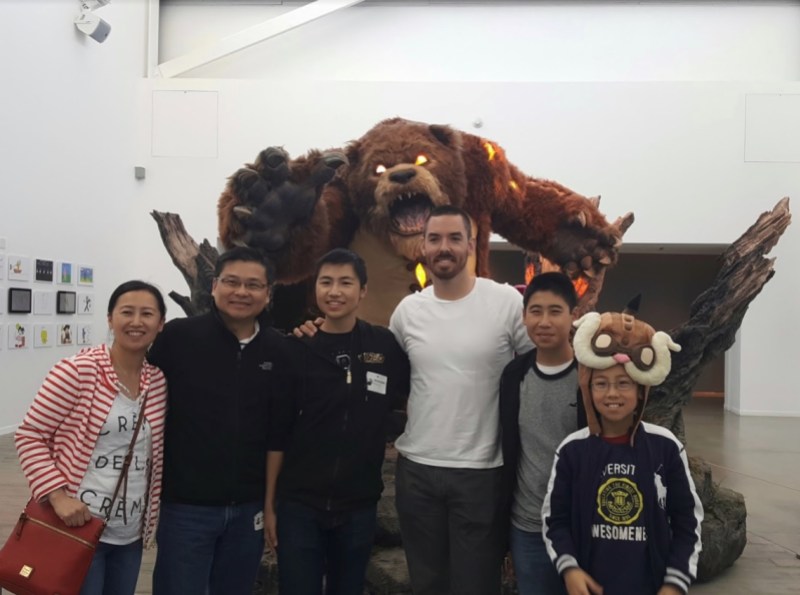 Above: Bryan’s family at Riot Games.

“I think gamers are some of the most passionate people who are poised to make a difference,” he said. “If we can help our players get motivated and find their passion, that’s great.”

When figuring out what to do via Riot Karma, the company typically mines its massive player base, asking them about the issues that matter most to them in specific regions. Riot then selects nonprofits aligned with this data to give its players agency in the problems they tackle, choosing the most regionally relevant causes and driving real world change.

“We’re doing this in every region where it’s legal, and I have learned more about international tax law than I ever thought I would,” Burrell said.