Nintendo may have abandoned virtual reality gaming after its Virtual Boy flopped in 1995, but that hasn’t stopped fans from imagining how its famous franchises would look in VR. Independent developer Aklar_45 went much further than mere imagination, using Unreal Engine 4 to re-create some of The Legend of Zelda’s most memorable boss battles. The results are impressive — and a sign that if Nintendo doesn’t start working on modern VR games, its fans will.

Some of the developer’s videos show how direct first-person fights could work against classic Zelda villains — big bad Ganondorf and giant skeleton Stallord. Looking through Link’s eyes, the player picks up his famous Master Sword and Shield for melee attacks, switching to a bow and arrow for distant shots. When enemy projectiles approach, Link can swing his sword to volley them back, use his shield to absorb them, or teleport to dodge. 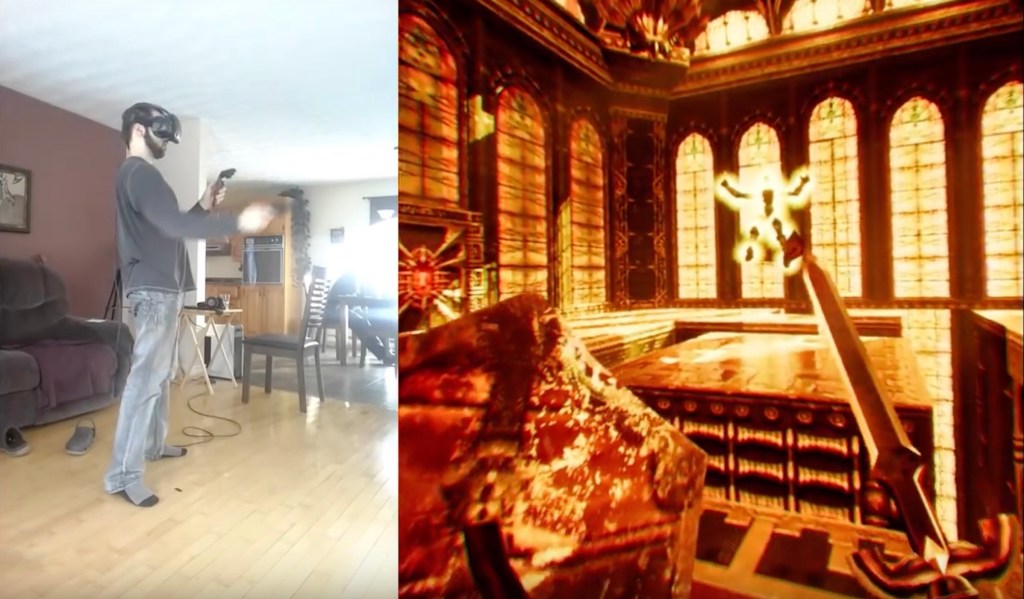 Beyond the Zelda themes, what’s most striking about the demos is how deeply Unreal Engine 4 brings the environments to life with modern lighting and effects. Scenes that had relatively low stakes in the original Zelda games, such as fighting in a room with a collapsing floor, or relying on a basic bow in a dimly lit dungeon, suddenly have life-and-death consequences from a first-person perspective.

The only disappointment here is that there’s next to no chance that fans will actually get to play these VR demos on a Nintendo device. Each of the first-person VR sequences spun off from the developer’s year-long project to recreate a third-person Zelda title using Unreal Engine, and without Nintendo’s blessing — or Nintendo VR hardware — YouTube videos and PC demos will be the closest we can come to experiencing this ourselves. 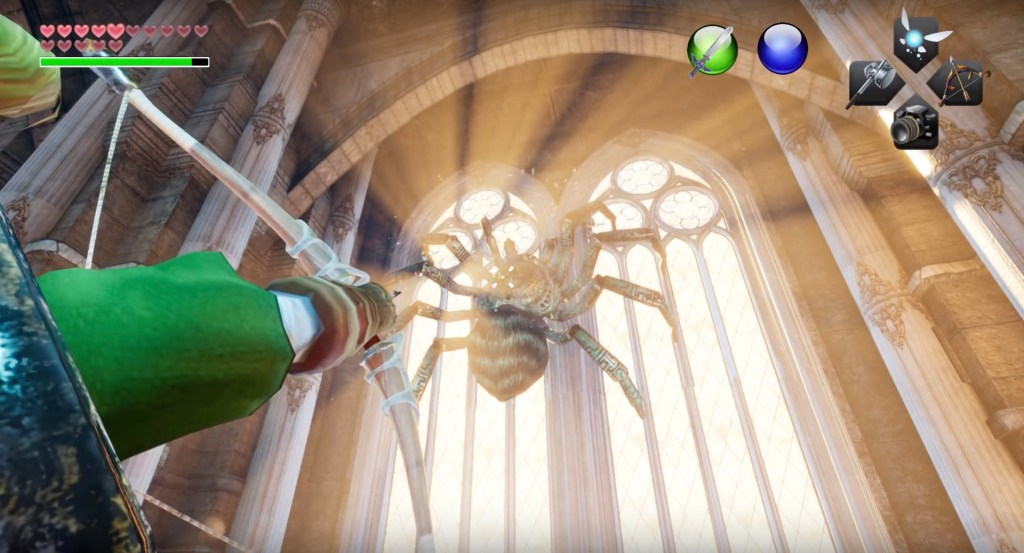 For the time being, VR demos of individual battles can be downloaded for free for Armogohma, Darknut, Ganon, Ganondorf, Stallord, and Volvagia using links within the YouTube videos. As RoadtoVR points out, the demos were designed to be played on the HTC Vive, but work on the Oculus Rift with some compromises. One can only hope that Aklar_45 receives a job offer from Nintendo rather than a cease and desist letter, as there’s a lot to love here.