World of Warcraft: Battle for Azeroth could have a progression problem | Gaming News

Earlier this week, Blizzard Entertainment released a new patch for World of Warcraft that implemented class changes and added new features ahead of the August 14 launch of the new expansion, Battle for Azeroth. This pre-patch experience is usually an exciting one for fans. But this time, it’s filled with a good amount of apprehension.

World of Warcraft is a lot of things. But it is mostly a multiplayer role-playing game. Progression is a key component of RPGs. The more you play, the more powerful you become. This isn’t just represented by increasing numbers — your stats and damage output — but by earning new abilities and better gear. When you level up in World of Warcraft, you’ll occasionally unlock new spells or talents that give you new buttons to push. These change the way you play the game.

In the last expansion, Legion, every character got a new Artifact Weapon that also gave you a new ability. This happened at level 100. As you played through the expansion’s zones on your way to the max level of 110, you’d also increase your Artifact Weapon’s power. This would sometimes unlock new skills. Aside from that, you could also find Legendary items that could give you even more new abilities. And tier sets — equipment that got stronger if you wore all of it — would also unlock unique abilities. 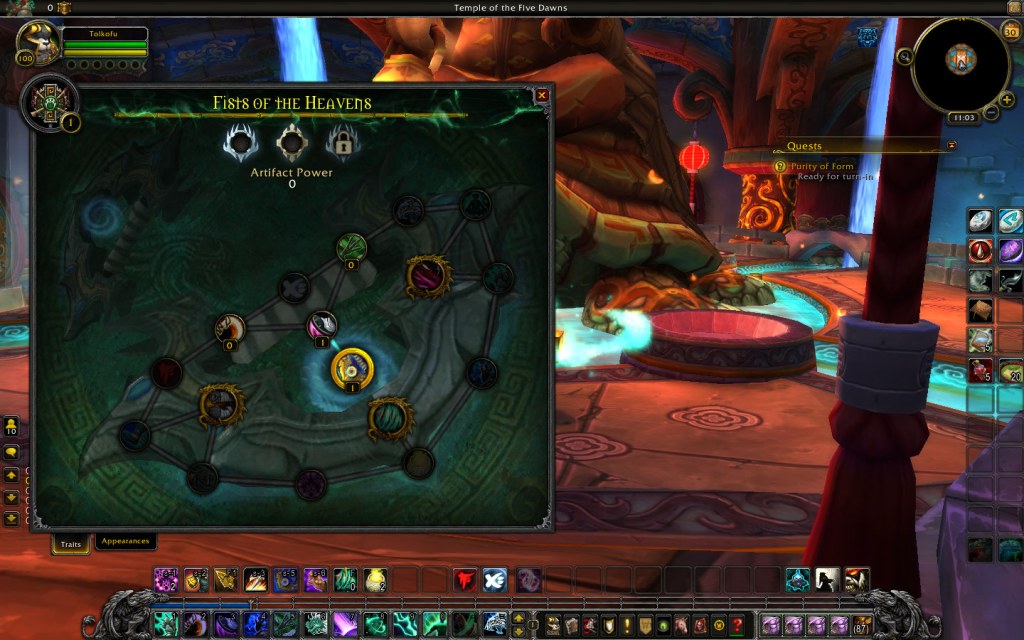 Above: Learning abilities through Artifact Weapons in Legion.

Battle for Azeroth does not give you a new ability when you start the expansion. It has no Legendary items. It has no tier sets. The only new tricks come from Azerite Armor, a kind of gear the expansion introduces to WoW that can unlock new traits and abilities. But most of these are passive abilities, meaning that they happen on top of other spells. They add additional effects, but it is not like you’re casting a new spell.

This has some players anxious. Character growth and progression is an important part of an RPG. Will the experience of going through Battle for Azeroth feel unsatisfying without learning any new abiltiies? 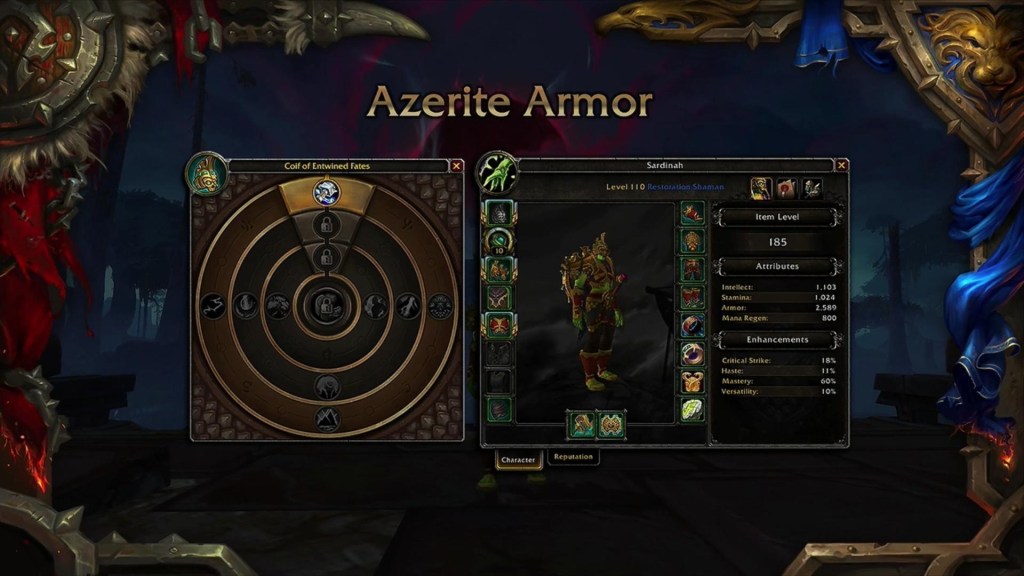 WoW game director Ion Hazzikostas acknowledged these fears in a recent Q&A stream on Twitch. He defended Azerite abilities as being more interesting than some players are claiming, but he also explained that it’s difficult to keep adding new abilities for characters that already have so many spells. Battle for Azeroth’s level cap will be at 120. It’s impossible to give players something meaningful every time they level up if they’re going to do it 119 times.

World of Warcraft is also a game that promotes teamwork. Every class can’t be good at everything. That’s why you need to work as a squad with other players. Death Knights, for example, can deal a lot of damage and heal themselves, but they have limited mobility. So if you want to give them a new ability that feels good for players, adding a new spell that makes them faster could do the trick. But that also creates an imbalance in class design.

The bloat of abilities also forces Blizzard to remove some spells during big patches. This happened with the pre-patch, which removed many classes Artifact Weapon abilities. So many players have experienced the opposite of progression, with their characters now having fewer tools than they did before.

It’s a tricky issue, and I understand where Blizzard is coming from. Most level 110 characters have “enough” abilities. But going through so much content without meaningful progression could still be dangerous.