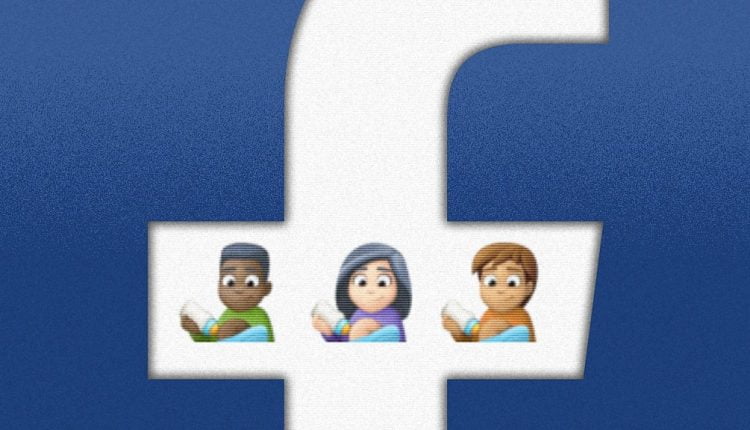 Facebook’s proposed emoji illustrates yet another glaring blindspot on race

Facebook is at odds with a lot of groups these days—from Congress to Media Matters to people who just dislike hate speech. Now it’s diverging from Unicode, the universal standard bearer for emoji.

That is, at least according to Emojipedia, which catalogs all the world’s emojis. This week, it tweeted that Facebook’s rendition of a soon-to-be-released emoji isn’t quite up to code.

The emoji in question is titled “people feeding baby,” part of Unicode Emoji 13.0. According to Emojipedia, the Unicode guidelines suggest the baby appear swaddled “to avoid requiring the baby skin tone to match that of the adult.” Emojipedia currently lists its own version, which has a neutral rendering, as do those by Twitter, JoyPixels, and Google, which submitted the proposal. Facebook’s version, however, shows the baby’s head, with the skin tone matching that of the person holding it.

This is to avoid requiring the baby skin tone to match that of the adult.

Designs may change prior to a final release. pic.twitter.com/7HFDeic88R

The people-feeding-baby emoji was designed to create more inclusive options to depict parenting and childcare. The original application said the emoji would break new ground by complementing the existing woman breastfeeding and pregnant woman emojis, offering an emoji that depicts a man caring for a baby, and destigmatizing bottle-feeding.

Facebook’s proposed version introduces a whole other form of stigmatization: that babies should look exactly like their parents. This shortsightedness is part of a broader failing on the part of tech companies, which are largely staffed by white men. The lack of diversity has led to product failures that are racist and sexist. While it’s impossible to know the makeup of Facebook’s emoji team (Facebook did not return a request for comment), it’s certainly conceivable that a more diverse team would have flagged the issue well before it got to this stage.

Though Unicode issues guidelines, companies have some discretion to adapt the emoji within certain bounds. This isn’t the first time that platforms differed in terms of how they presented an emoji. In 2018, Jennifer 8. Lee submitted a proposal for a kneeling emoji, which was meant to represent someone down on one knee in protest. However, besides Google, all companies ultimately depicted it as a person on both knees.

The people-feeding-baby emoji is perhaps another example of Unicode’s too-vague guidelines left to interpretation. But with Facebook known for being tone-deaf, at best, it’s hard not to see the move as yet another example of the tech giant refusing to keep up with the times. As Jennifer Daniel, who submitted the original application with Google, tweeted: “facebook is gonna facebook. I really hope they change this before they ship the final font.”

If this people-feeding-baby emoji rolls out as is, Facebook might want to put another emoji from the package to use: disguised face, because it could make a lot of people very upset.