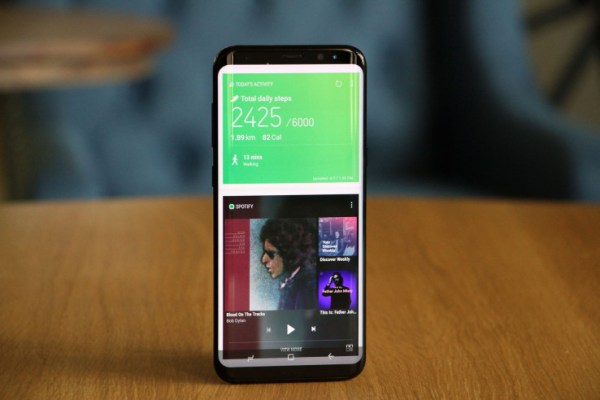 It’s certainly understandable that Samsung wanted to follow Apple, Amazon and Google into the smart assistant game. But Bixby has been anything but a rousing success. The AI has added voice functionality and a smattering features in subsequent releases, including the S9’s Google Lens-style capabilities, but it’s yet to live up to its full potential.

Today, TheScore announced that it’s bringing live sports scores news from the gamut of top sports leagues, including the NBA, MLB, NFL, NHL and EPL soccer, starting next month. In August, the feature will arrive in Bixby Home, bringing with it customizable notifications based on sports or specific teams.

It’s a small addition in the larger scope of what these assistants have to offer, but I know that regular sports scores are one of my most frequently used features on Google Assistant and Alexa — especially as someone who lives outside all of my teams’ broadcast range.

Third-party functionality was one of Samsung’s primary Bixby selling points since launch, leaving the heavy lifting up to third parties who specialized in such things. Of course, Bixby’s failed to catch fire, even as the company has gone out of its way to make it front and center through things like a devoted button on the Galaxy S9 and Note 8.

With the Note 9’s arrival just around the corner, perhaps Samsung will have more to show on that front next month.