BuzzFeed launches a new website for its real journalism | Startup 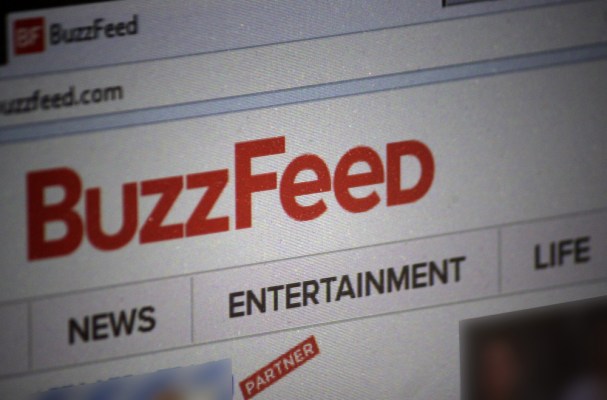 It’s not news at this point that BuzzFeed has a serious news organization — one whose reporting on Russia made it a finalist for a Pulitzer Prize this year.

But it’s also a news organization whose stories are published alongside the social media friendly quizzes and lists that BuzzFeed remains known for — which can be confusing, or even provide easy ammunition to those who want to criticize the reporting.

Yes, the company already taken steps to give the more serious reporting its own home and identity, with a BuzzFeed News app, a section on the main BuzzFeed site and a “BuzzFeed News” label on every story.

Still, Senior Product Manager Kate Zasada said the company’s own research has found that some readers “don’t completely understand” that while BuzzFeed is famous for GIF-filled lists, it also produces “deeply researched and fact-checked” journalism. (The snarky comments I seem to get whenever I write about BuzzFeed seem to back this up.)

So the company is making that distinction a clearer with the launch of a new BuzzFeed News website.

News stories will still run on the main BuzzFeed homepage, and the BuzzFeed News site will include links to other BuzzFeed content. But it looks and feels more like a standalone site, giving the team what Zasada said is “a new domain and a new brand.” 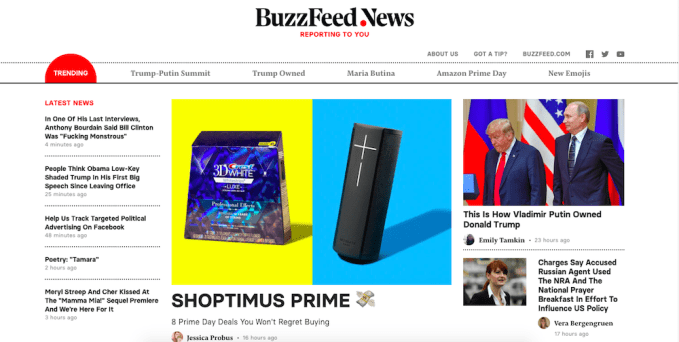 The site won’t be divided into traditional topics like politics, sports and so on — Product Manager Sam Kirkland argued that these divisions “didn’t make much sense with how we work internally or how we consume news.” Instead, there’s a Trending News Bar at the top of the page, highlighting the most important topics of the day, as chosen by BuzzFeed News editors.

And while the new site will include advertising, such as links to sponsored BuzzFeed posts, Zasada said there won’t be any sponsored posts hosted on BuzzFeed News itself.

Of course, not every reader will actually find these stories by typing buzzfeednews.com into their web browser. But Zasada said that even if you click over from social media or elsewhere on the web, you’ll see each news article is accompanied by not just the BuzzFeed News logo, but also the Trending News Bar.

And it won’t just be photos and text dominating the page. Zasada said the site will also support YouTube videos and GIFs, and Editor in Chief Ben Smith added that the site will provide “a very seamless way” to promote BuzzFeed’s broadcast-style video programming like its Twitter series AM to DM and Follow This, a Netflix series about BuzzFeed reporters. 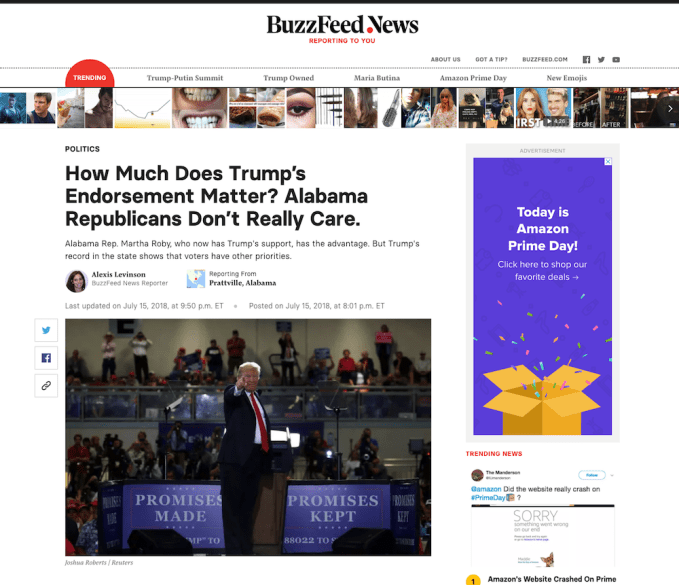 Smith also noted that while the company is creating a new home for its journalism, that doesn’t mean the site will be unrelentingly serious and highbrow. As we spoke yesterday afternoon, he said that some of the most popular BuzzFeed News stories included multiple articles about Trump, a long essay about Gwen Stefani and a story on the sadly neglected aerial tram emoji.

In other words, he said, it’s a “general interest news organization” that covers the “full range” of relevant topics.

And even as it’s competing with all that other BuzzFeed content, it’s still drawing an audience. The company says BuzzFeed News stories receive 200 million pageviews each month, and that one third of BuzzFeed’s total audience reads news stories each month.

“I don’t think anybody finds it confusing that ABC does news programming and scripted shows on prime time,” he said. “On the web, the conventions are less clear. I think we’re trying to be very clear. We feel our audience wants that.”