Citymapper has been adding a multitude of new transport options to its popular city transit app over the past few weeks, with dockless bikes and motorized scooters now showing up as options within the app globally.

News first emerged a few weeks back that Chinese dockless bike giant Ofo had struck a deal with Citymapper, and the keen eyed Citymapper users out there will have noticed that a bunch more services had been added to the mix as well.

The available transport options will vary depending on where you are, but Londoners, for example, will now see Ofo and rival Mobike bicycles integrated into their travel routes around the U.K. capital. While electric scooter startup Bird, fresh from a mammoth $300 million in funding, will show up in San Francisco. Dozens of similar services will now show up in Citymapper around the world.

Citymapper grew to prominence in London back in 2011 for its easy-to-use interface that pools multiple transport options to find you the best route from A to B. Since then, it has landed in dozens of cities globally, including New York, Boston, San Francisco, and Tokyo, and the company has raised around $50 million in funding. Citymapper has also been dabbling with its own transport services, having introduced a commercial bus service and taxi-sharing service.

There has been a huge spike in dockless bike-sharing, ebikes, and scooters in recent times, with countless startups striving to get their piece of the urban mobility pie. The growing competition in the dockless bike-sharing realm, specifically, has led to complaints that cities have become too flooded with bikes. But appetite for the bikes and the underlying platform that powers them is showing little sign of subsiding —  ecommerce giant Meituan-Dianping recently acquired Mobike for nearly $3 billion.

As such, it makes sense to include these emerging transport options in a transit app such as Citymapper: people don’t just use trains, buses, and trans any more — they combine all manner of transport to get to where they need to be in the quickest or cheapest way possible. Citymapper refers to these new options as “floating transport.”

“We don’t like calling the category ‘dockless’, since we feel it shouldn’t be defined by what it lacks, especially when what it lacks makes it better,” the company said in a blog post. “Existing transport is ‘fixed’, so we regard all modes that have changing physical locations as ‘floating’.” 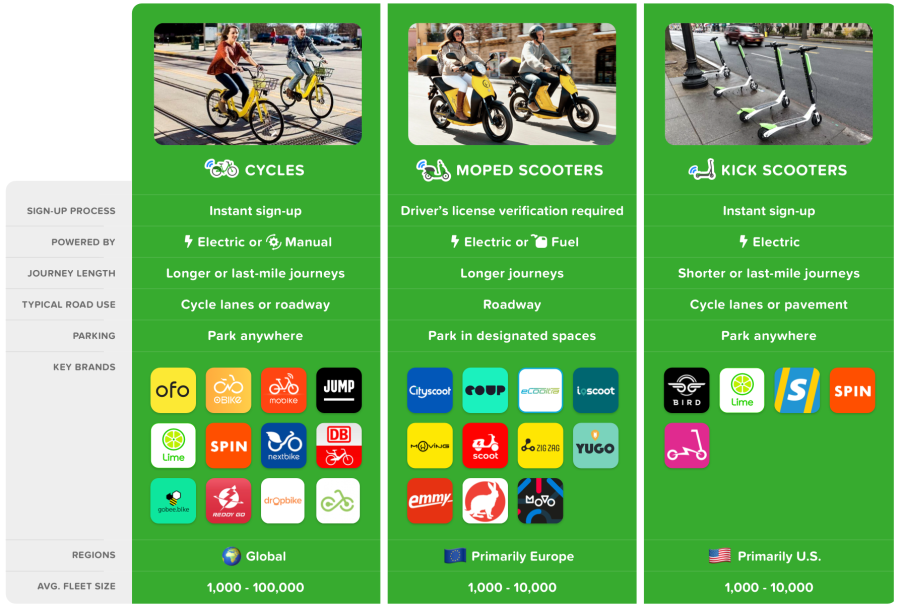 Above: Citymapper’s guide to “floating” transport

As with the taxi-sharing service it launched in conjunction with Gett last year, this latest upgrade to Citymapper’s product offering reflects the times in which we now live, and is reflective of of how people are combining multiple forms of transport to get around.

“The traditional transport system has been designed by people sitting in an office,” the company added. “Stations are fixed. Bus stops are fixed. Once set, they don’t change very often. Stability and predictability is important of course, so they need to exist. But the city is an organism that changes day by day. Floating transport can respond more quickly and evolve with it.”