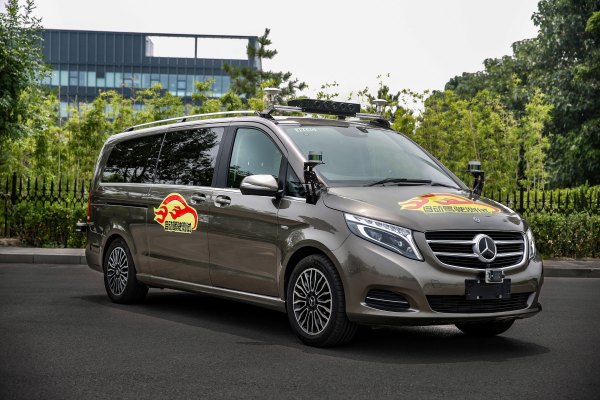 Daimler has been granted a license test self-driving vehicles on public roads in Beijing, making it the first international automaker to receive such permission.

The owner of the Mercedes-Benz brand was given the test permit by the Chinese government after extensive close-course testing, the company said in a statement, adding that it marks a milestone in its research and development efforts in China.

Daimler, which also has licenses in Germany and the U.S., said it will now begin road tests in Beijing.

There are other companies testing autonomous vehicles in China, notably Baidu, which has been on public roads since at least 2016. For Daimler to qualify, the company said it had to add technical applications from Baidu’s Apollo platform to its Mercedes-Benz test vehicles. Daimler had to undergo testing at the National Pilot Zone (Beijing and Hebei) for Intelligent Mobility, with test drivers receiving rigorous automated driving training.

Daimler has also deepened its relationship with Baidu, specifically in R&D efforts focused on safety and autonomous driving. The goal is to understand the special requirements for automated driving in China, and to develop an early intuition regarding local technical trends, Daimler said.

Earlier this week, Baidu announced an update to its Apollo autonomous driving system, which is capable of Level 4 operations, a designation by automotive engineering association SAE International that means the vehicles take over all driving in certain conditions.

The Apollo program is an open-source autonomous driving platform that has been under development for years. Baidu isn’t interested in making the actual car — just the software that drives it. And it wants as many companies as possible to use its Apollo platform. Some 116 partners are now on the Apollo platform, including new partners Jaguar Land Rover, Valeo, Byton, Leopard Imaging and Suning Logistics.