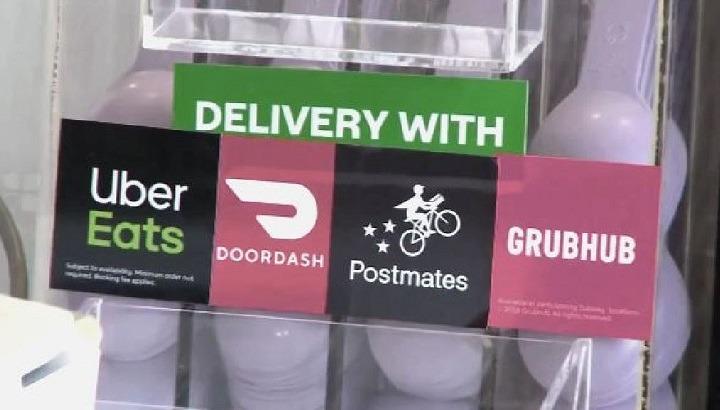 In a lawsuit filed late Thursday in the U.S. District Court for the Southern District of New York, the parent companies of six widely used apps ― DoorDash, Caviar, Grubhub, Seamless, Postmates and UberEats ― accused the city of “imposing permanent price controls on a private and highly competitive industry.”

They want to overturn a May 2020 law that prohibits them from charging restaurants more than 15 percent per order and more than 5 percent for all other fees. The New York City Council recently voted to make those caps permanent.

“This now-indefinite legislation bears no relationship to any public-health emergency, and qualifies as nothing more than unconstitutional, harmful, and unnecessary government overreach that should be struck down,” reads the complaint filed Thursday.

A city council spokesman said the fee caps are needed to protect restaurants against “predatory” practices of meal-delivery apps.

“Restaurants are not just a critical part of New York City’s economy, they are part of our culture and our way of living,” the spokesman said. “The council could not allow third-party delivery apps to continue their predatory practices unchecked. Our restaurants have been through enough and we’re proud of the work we’ve done to support them.”

Nicholas Paolucci, a spokesman for the New York City Law Department, said the measure is “legally sound and we’ll defend it in court.”

Delivery apps operate as electronic middlemen between restaurants and customers. They allow people to dine from a range of vendors without leaving home, while saving storefronts the trouble of staffing their own delivery crews. The restaurants typically pay a fee for each order that is arranged through the app, and delivery drivers are paid based on the size of the order and the distance traveled from the restaurant to consumers’ homes.

The New York lawsuit is the latest legal action brought on by meal-delivery companies attempting to roll back restaurant fee restrictions that were imposed in the early months of the pandemic. DoorDash and Grubhub are challenging San Francisco’s rule, which restricts fees to 15 percent. Meanwhile, both companies are being sued by the city of Chicago, which accused them of being insufficiently transparent with fees charged to customers for delivery.

Both companies have been pushing back against what they call “price controls” that limit how much they can charge restaurants for individual marketing arrangements.

“New York City Council passed harmful, unnecessary, and unconstitutional price controls which leave us no choice but to resolve this matter in court, as we did in San Francisco,” a DoorDash spokesman said in a statement.

App-based delivery services have grown in popularity during the pandemic, partly in response to shuttered restaurant dining rooms to avoid exposure to the virus but also due to broader customer adoption of app-based and online ordering.

The companies have long rallied against price caps. In a blog post that was originally posted July 16 and later updated, Grubhub said it will “vigorously fight price controls.”

Grubhub says it charges restaurants specialized “marketing fees” that range from 5 to 15 percent per online order. The company claims it is now breaking even or losing money with each order. It has experienced financial losses every quarter since the pandemic started, according to company disclosures.

“When all of the costs and expenses of running our business are accounted for, we typically make only 1 percent of total food sales as profit — and that was before temporary price controls reduced that percentage to zero or less,” the company wrote in an unsigned blog post.

DoorDash launches gifting feature in time for the holidays

DoorDash offers grocery delivery in under an hour