Facebook is launching Oculus TV as a new way for you to watch TV shows and movies with your friends in virtual reality on the Oculus Go VR headset.

I tried it out briefly. It feels like sitting in front of a 180-inch TV screen, and it is set up so you can enjoy the movie with friends sitting alongside you in a faux living room.

Announced last month at F8 2018, Oculus TV is a hub for a wide variety of TV programming. You can watch your favorite Hulu, Showtime, and other TV shows, such as Major League Baseball games, live via Facebook Watch.

Put that together with the portability and convenience of Oculus Go (the standalone VR headset launched earlier this year for $200) and it pretty much fulfills the promise of allowing you to watch your favorite shows anywhere, anytime. And you can watch those shows with friends or loved ones who aren’t in the same location as you, which can help eliminate distances. 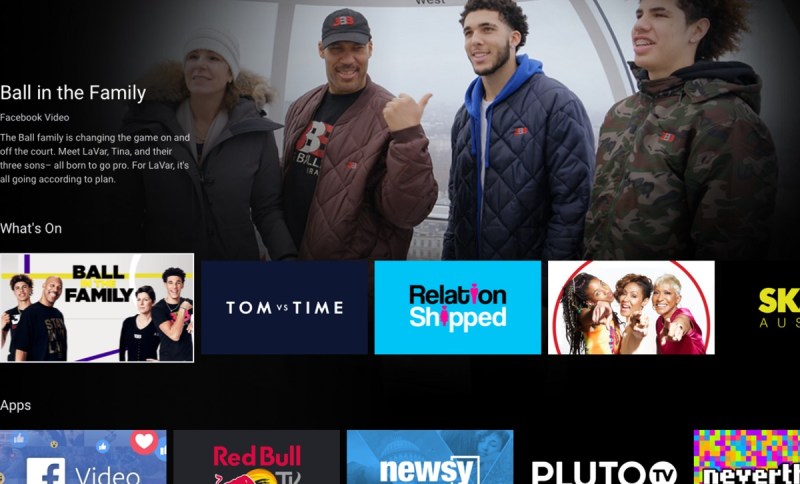 Oculus TV’s main gathering place is a modern-looking immersive viewing area. This space is distraction-free, a place where you can go to binge-watch your favorite shows or films via services such as Netflix. You can move into a room with your friends in a matter of seconds. The virtual display is like having your own private theater, where you don’t have to share a remote.

The available content ranges from live to on-demand content, from The Late Show with Stephen Colbert to Facebook Watch originals like Ball in the Family and Red Table Talk. You can stream the extreme live events and videos of Red Bull TV and the themed channels on Pluto TV, including Wipeout’s high-stakes thrills, Flicks of Fury, and Horror 24/7. 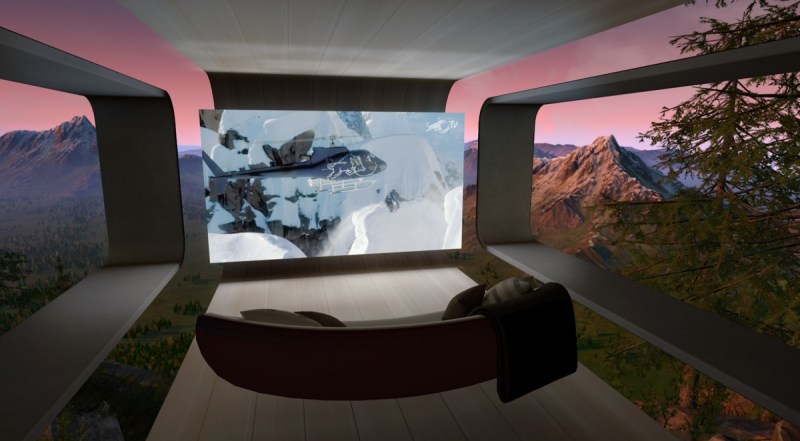 If you’re looking for the hottest memes, you can tune into Neverthink. Newsy can give you a rundown of daily headlines. There’s more on the horizon, with Oculus TV lineup expansions expected through the summer, fall, and beyond. Oculus plans to add new streaming apps, broadcast partners, and more, including fan favorites like ESPN.

Among the experiences you can view are Humans of New York: New York City, one story at a time; Red Bull TV’s Skydiving Over Mont Blanc; IGN’s video game reviews; headlines from NBC News; and Night of the Living Dead on Horror 24/7.