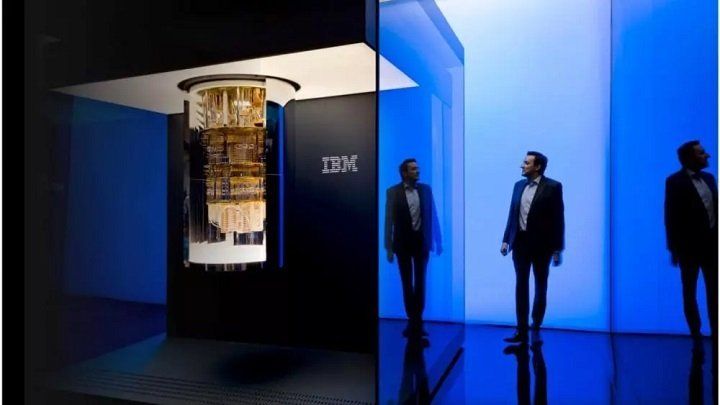 IBM unveiled a 127-qubit quantum computing chip called Eagle this week, showing off a new asset in the race to build the most powerful quantum computer.

Their chips will be matching up against those from the likes of Hefei National Laboratory for Physical Sciences at the University of Science and Technology in China, Google, and Microsoft.

The Eagle is a quantum processor that is around the size of a quarter. Unlike regular computer chips, which encode information as 0 or 1 bits, quantum computers can represent information in something called qubits, which can have a value of 0, 1, or both at the same time due to a unique property called superposition. By holding over 100 qubits in a single chip, IBM says that Eagle could increase the “memory space required to execute algorithms,” which would in theory help quantum computers take on more complex problems.

“People have been excited about the prospects of quantum computers for many decades because we have understood that there are algorithms or procedures you can run on these machines that you can’t run on conventional or classical computers,” says David Gosset, an associate professor at the University of Waterloo’s Institute for Quantum Computing who works on research with IBM, “which can accelerate the solution of certain, specific problems.”

Here’s what to know about these new chips, and quantum computing in general.

These are the ways quantum computers could be helpful

All of this fancy tech begs the question: what good is a quantum chip, anyway?

There are three large categories of tasks that scientists theorize quantum computers could do better than traditional machines. When physicists Richard Feynman and David Deutsch first proposed quantum computers in the 1980s, their idea was to use them to simulate quantum systems like molecules that cannot be accurately depicted through classical algorithms and conventional computers.

Quantum computers are also adept at certain mathematical functions such as factoring integers, a use case first proposed by mathematician Peter Shor in the 1990s. Certain cryptography systems that encrypted data over the internet relied on the difficulty of this problem. “It’s true that quantum computers can be used to break some of the encryption that is currently used on our classical machines,” says Gosset. “However, there’s an entire field known as post-quantum cryptography, and that field aims to develop new classical crypto systems that are resistant to being broken.”

Lastly, quantum computers could conduct faster searches through an unsorted database compared to classical computers, thanks to an algorithm first introduced by computer scientist Lov Grover.

In more modern times, some of IBM’s clients use quantum computers to simulate molecules or the dynamics in chemistry problems, while others have tried to apply them to machine learning and optimization tasks.

The journey that led to the Eagle chip started in 2016, when IBM released a 5-qubit quantum computer on the cloud called the Quantum Experience. Since then, the company has released a succession of chips with increasing numbers of qubits—all named after birds, and each with their own set of technological challenges.

IBM’s quantum computing hardware is comprised of superconducting circuits. The qubits themselves are made of a superconducting material called niobium. The layout of the system looks like an inductor in parallel with a capacitor. These two elements control the flow of current in the circuit, and the inductor is a non-linear element called the Josephson Junction, which is an aluminum oxide nanoscale junction. This type of superconducting qubit was pioneered at Yale in the aughts, and in practice, it looks like an artificial atom that can be controlled by a sequence of microwave pulses.

Apple Music Down for Some Users

Apr 26, 2022
A number of Apple device owners are not able to use ‌Apple Music‌ at the current time, and there are many complaints on Twitter.

Apr 27, 2022
Google has finally released the first public beta for its upcoming Android version. Currently, it is supported by some limited devices.

How to watch Harry Styles on Apple Music Live