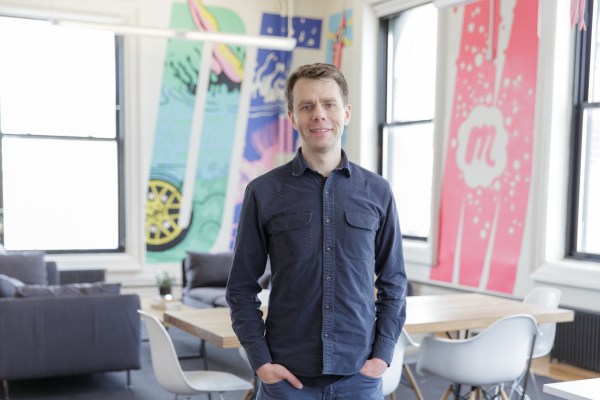 Scott Heiferman, Meetup CEO and cofounder, is today moving into the Chairman role at the community-building startup.

Meetup launched in 2003 with a simple goal: to give communities an easy way to meet up in real life. Since, the company has grown to 40 million members, with 320,000 Meetup groups and around 12,000 Meetups per day around the world.

Late last year, WeWork acquired Meetup for a reported $200 million. According to WeWork, thousands of Meetups were already happening in WeWork locations. Plus, WeWork has been holding its own events focused on community building, so the acquisition seemed like a natural fit.

That said, Heiferman has spent 16 years running Meetup on a day to day basis, and is ready to move into a visionary role and appoint someone else to take over leading the team and scaling the company out further. Meetup cofounder Brendan McGovern is moving on from the company, but didn’t share with TechCrunch his future plans.

In the meantime, Meetup is looking for a new CEO.

Here’s what Heiferman had to say in an email to the company:

Today I announced I’ll be moving into the role of Chairman at Meetup, and we’re starting the search for a new CEO. Brendan will move on from Meetup at that point.

We hired 100 people so far this year, so we want to add to Meetup’s leadership team. I’ll become Chairman to make room for a new CEO who loves the day-to-day of leading a big team to serve millions of people.

Meanwhile, I’m most obsessed with Meetup reinventing itself to help a billion people create real community in the 2020’s.

The ultimate goal of these changes is for Meetup to have much more positive impact in the world. To be great at the here-and-now. And great at the around-the-corner.

This is a big deal, I know. I care deeply about finding a CEO who will add to this team, grow us, expand us, and make us better than before; a bold move and a fresh generation of leadership.

We’re looking for a new CEO of Meetup. After we find a new CEO, I’ll move into the role of Chairman. Brendan will move on (when the new CEO comes) to pursue new adventures.

CEO leads the team and is ultimately responsible for decisions and results. Chairman is involved in strategy and vision.

Why are we looking for a new CEO?

I’ve always been open to the boldest moves to serve our mission — that’s why we joined WeWork last fall. WeWork believes in our potential and they see the incredible opportunity we have to grow and innovate to serve the next 100 million — or billion — members. But to get there, we need more attention and clarity on operational excellence. By stepping into the role of Chairman, where my primary job will be focusing on the vision of serving 10X more people, we can bring in a leader whose primary talent is larger-scale operations and methodical growth processes to complement my skills and accelerate Meetup’s growth.

When is this happening?

The search is kicking off now. It’s a top priority but it could take time to find the right person to join our team. I’m highly involved in the search – as are Shiva Rajaraman and Adam Neumann. I will remain CEO until our new CEO starts, keeping us moving toward our goals.

What are we looking for in a CEO?

It’s a very high bar. Thankfully it’s one of the best jobs in the world. A few of the key criteria:

What will the process be for interviewing and selecting a new CEO?

Shiva, Adam and I are primarily involved in the search and decision. All 12 Meetup Leadteamers will interview final candidates. The new CEO will report to Shiva.

Will there be more changes the leadership team?

There aren’t any changes planned right now. But we’re always open to Changing the Company, and Meetup is going to continue evolving to have the impact we want to have in the world.