For a certain kind of gamer, the premise of No Man’s Sky, that of an endless procedurally generated space universe teeming with life, was intoxicatingly perfect, almost too good to be true. After overselling that dream to the disappointment of just about everybody, Hello Games is back to make amends with a major new update: No Man’s Sky Next. 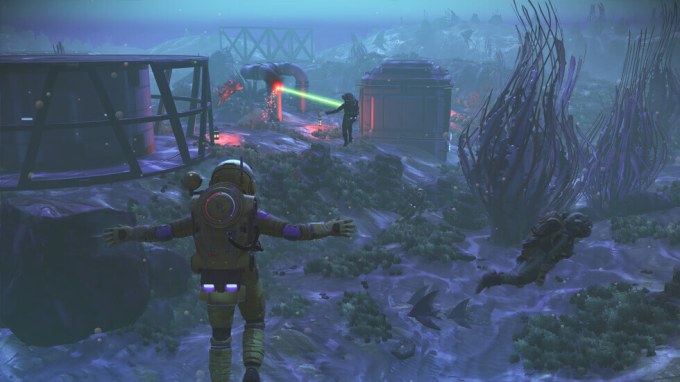 No Man’s Sky Next will introduce a spate of updates, including long-awaited full multiplayer gameplay, a visual update to improve textures and add detail, first to third-person perspective switching, unlimited base building and command freighters that allow you to create, upgrade and dispatch a fleet of ships from the comfort of your own bridge. You can see a few of those changes implemented in the trailer below.

The update, which will hit on July 24 as a free update to PlayStation and PC, also brings the advent of No Man’s Sky for the Xbox — great news for some console gamers who wanted to check it out without committing to a whole new system.

Whether No Man’s Sky Next will truly flesh out and deepen the innovative exploration game in a satisfying way remains to be seen, but both longtime players and those who followed along with curious hesitation now have something to look forward to. Happily, the wait won’t be long.