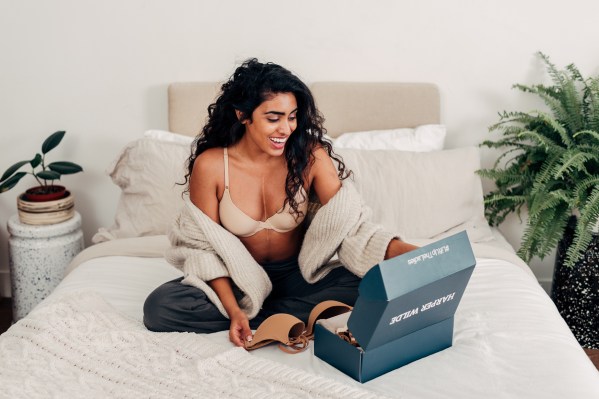 Harper Wilde has raised a $2 million funding round, which the company told TechCrunch it’s excited to use to not only build its workforce but to further its mission of providing women across the country with comfortable and empowering bras.

College friends Jenna Kerner and Jane Fisher launched Harper Wilde together in 2017 to address the fact that shopping for bras is awful. From local outlet malls to expensive online retailers, Kerner and Fisher bonded over their frustration and disillusionment with uncomfortable and over-sexualized bras.

“We had all of these friends and colleagues and family members who are incredible women who were doing surgery, or running board meetings, or fighting a court case, and wearing these horrible bras underneath it all,” Kerner told TechCrunch over the phone. “We really [wanted] to help empower those women.”

Together Kerner and Fisher surveyed over a hundred women to find out what they wanted in a bra and created Harper Wilde to try and deliver it.

“We just kept hearing over and over again, it’s really not about the bras,” Kerner said. “There are thousands of bras out there. It’s about sorting through all of them, how expensive they are and the condescending in-store experience.”

Unlike other popular online lingerie shops, Harper Wilde doesn’t offer dozens of styles or cover its pieces in lace or small bows. Instead, it focuses on offering an no-fuss bra in a growing variety of sizes and nude colors designed for the day-to-day hard work and successes of women, all at $35 per bra (bra prices can range from $9.99 from retailers like Fruit of the Loom all the way up to $69.50 at Victoria’s Secret.)

To bring these options to its customers in an accessible way, and avoid the overwhelming dressing room experience, Harper Wilde has taken a card out of Warby Parker’s playbook and offers customers free home try-ons of three bra options, with free returns.

Since its launch just over a year ago, Harper Wilde has seen 20 percent growth month over month and the founders say they’re not only excited to grow Harper Wilde’s collection and staff, but to continue its efforts to give back to communities of women through its #LiftUpTheLadies initiatives.

The company has partnered with The Girl Project to help spread access to education in over 120 countries and have worked to ensure a sustainable supply chain for the women overseas manufacturing its products.

“It’s one thing when you tell women you’re going to take the BS out of bra shopping, but it’s a whole different level when you say we stand for empowering women and this is how we do it,” Kerner said. “People’s eyes light up and they [say] how important of a time it is the stand for that. They’re happy to see a bra company that stands for more than just sex.”