This week veteran cryptographer Matt Blaze, finally gave in — to what must have been a near-constant, low-level drone of ‘CAn Buy Crypto.com???$$$$!’ spam — and sold the pithy domain name he registered in 1993, in the midst of the PC era crypto wars, to use as an encryption policy resource, to Monaco, a Zug, Switzerland-based payments and cryptocurrency platform startup whose self-styled mission is “accelerating the world’s transition to cryptocurrency”, positioning itself at the nexus of the current crypto craze.

So crypto.com now points to cryptocurrencies.

Which seems a fitting moment to say RIP “crypto” as shorthand terminology for an entire domain of cryptographic work that underpins so many more things than just Bitcoin or Ether or Ripple or Litecoin or Zcash — or any of the myriad digital coins that have winked (and more recently minted) into virtual existence over the last decade or so, hoping to hit the crypto jackpot.

Frankly this is not at all fair. But, linguistically, so it goes. Languages live or they die. And to live in linguistic terms means to shift your meaning as word usage ebbs and flows.

The sale of crypto.com tells us not so much that money talks, though clearly there’s that too — domain sellers were speculating that the price for crypto.com could have been a cool $5M-$10M, per this Verge report from March; though the actual price-tag paid by Monaco has not been disclosed.

Mostly it underlines that trying to push as an individual against a surging tide is hopeless. Principled, one-man-stands of linguistic resistance against the crypto(currency) craze are futile at this particular juncture of its technological development. Spam with no end in sight would worry the will of anyone.

So apologies also to the few folks who have written to complain about incorrect use of “crypto” in TC headlines. Using “cryptocurrency” is indeed more accurate if that’s what the story is about. But as a term it’s headline-unfriendly as well as being really quite a horrible mouthful.

And, well, “coin” is too generic unless you’re coin trade press.

Alternative linguistic confections — anyone for ‘cryptoc’? — were never going to fly. So cryptocurrency colloquially colonizing “crypto” was really only a matter of time, given how many joules of attention-energy are being claimed and drained in its name.

Turns out language change can have plenty to do with the price of Bitcoin.

On the flip side, any craze can be a fleeting thing, and it’s entirely possible that, in time, “crypto” could revert to its proper meaning of cryptography should the cryptocurrency hype die back, as hype is wont to do when people get bored — because something that was new and novel becomes properly understood and adopted (and thus less of a conversation starter).

Equally, though, a nickname can stubbornly stick around for ages — outlasting any nonprofessional understanding of the logic underlying its coinage.

Crypto(currency) could ultimately even lose the ‘crypto’ prefix should the technology end up becoming so ubiquitous as to be considered synonymous with the generic term “currency”, and usurp/displace that word, sinking back into the accepted conceptual morass that envelopes the idea of money.

Of course the crypto(graphy) community have not been at all happy about the linguistic sands shifting treacherously under their foundational field.

And they do have a point, given that without their founding crypto there could be no, er, ‘crypto’…

Has anyone had a “Crypto means Cryptography” shirt printed yet?

If I had some printed would anyone else want one?

I think I need something to passive-aggressively wear around my WeWork space.

Reminder for blockchain folks:
While you keep screaming “distributed!”, your prime virtue is actually “crypto”.

It comes from the greek “kryptós”, meaning “hidden, secret”: https://t.co/1Vhtsl1RHi Historically, secrecy is not a main driver of an open collaborative culture. pic.twitter.com/c5UussnNgt

“”Crypto” could mean encryption, cryptography, or cryptology, but never cryptocurrency,” one computing academic tells us, adding: “I’ve heard plenty of whinging about the changed meaning of “crypto” and I don’t expect a dignified fall-back.”

“Normal usage says “encryption” is only one application of “cryptography” (building schemes for encryption and similar apps) which together with “cryptanalysis” (trying to break such schemes) makes up “cryptology”,” he adds.

Certainly, don’t expect the original crypto community to migrate to alternative terminology — not willingly, and not anytime soon. Which will probably make for some confused messaging at times. But technology applying pressure points to human communications is just par for the course.

As recently as last month the content on Blaze’s (now former) website included the express declaration that: “This site does not trade in or provide services related to cryptocurrencies. It is concerned with cryptography, computer and network security, and technology policy research.”

It further capped that caveat with an explicit disclaimer — writing: “Warning: Many cryptocurrencies are scams, and I strongly advise against their use as investment vehicles.”

Visitors to crypto.com now will not encounter any such caveats. But most of these folks probably weren’t headed there looking for cautionary tales. Nor seeking Blaze’s contact details. So you really can’t blame him for moving with the times. 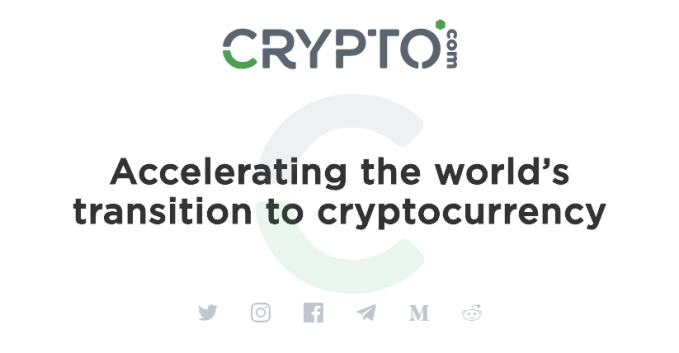 For the original crypto community, playing the long game and waiting for the upstart crypto usurper to get linguistically cut back down to size seems the best option.

Sure, they’ve lost this “crypto” war — but many more important crypto wars remain to be fought and (hopefully) won.

And of course, in the far-flung future, who knows how 2018’s crypto craze will be viewed? Perhaps as the pinnacle of a hype-cycle that didn’t end in the wholesale reconfiguration of business and society that the crypto oracles promise, even if they managed to shift the conversation of a certain IT crowd for a while.

On another level, given rising levels of tech-fueled disruptive uncertainty crisscrossing so many facets of life, perhaps it’s fitting for “crypto” to become something of a cipher itself, devoid of fixed meaning.

“Encryption technology is the key to the future of the information revolution,” wrote Blaze in 1996. “It allows businesses and individuals to communicate securely over any inexpensive communication platform without fear of eavesdropping.”

That sentiment at least remains constant.