Rocket League celebrates its past with 3rd-anniversary event | Tech Industry

Rocket League is approaching its third anniversary, and developer Psyonix is planning a celebration of the vehicular soccer game that debuted summer 2015. The Anniversary Event begins July 9 and runs through July 23, and it features a number of throwbacks to Rocket League predecessor Super Acrobatic Rocket-Powered Battle Cars (SARPBC), which is about to turn 10 years old.

Psyonix is designing the event to bring some SARPBC elements into Rocket League including through a new “Throwback Stadium” that will bring the goals away from the wall similar to how they were set up in that previous game. The studio is also dropping crates and keys for the Anniversary. Instead, players will earn balloons that they will redeem for prizes without requiring any premium key or decryptor. You just get 10 balloons and pop them to find one of 60 random items that you can use to customize the look of your battle-car.

Just make sure that you turn in the balloons quickly because they will expire as soon as the event ends. 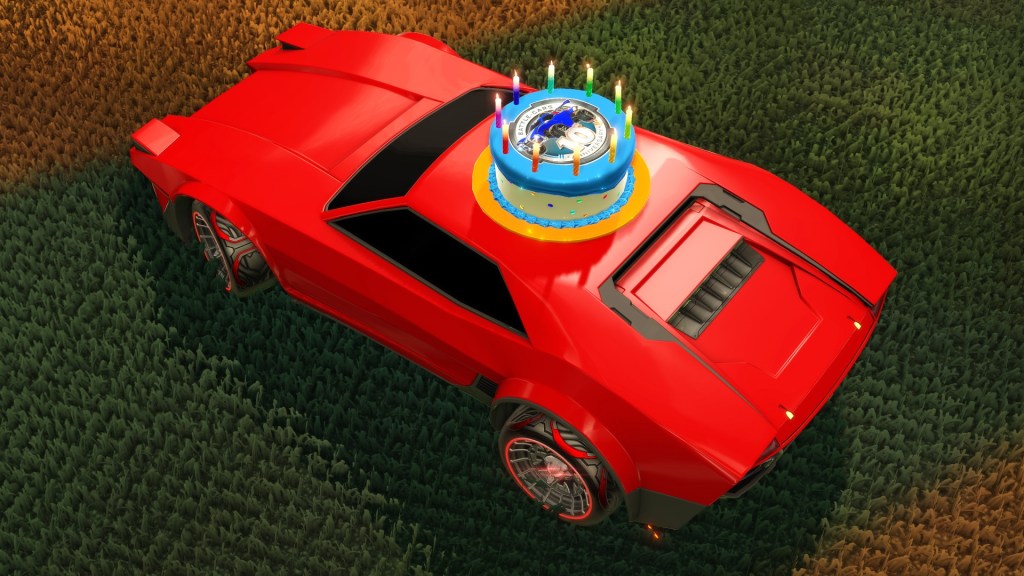 Rocket League’s anniversary comes as Psyonix continues running its esports league and launches regular updates and revisions to the game.

The RLCS, or Rocket League Championship Series, is a thriving esports organization that attracts dozens of the worlds’ best teams and hundreds of thousands of viewers on livestreaming sites like Twitch. Rocket League is one of the only “sports” games to develop such a large and passionate esports scene, and Psyonix is doing everything it can to make it even bigger.

As a car-soccer game for casual fans, however, Rocket League doesn’t face a lot of direct competition, but as an online multiplayer experience, it does have to deal with players peeling off for something like Fortnite or PlayerUnknown’s Battlegrounds. Updates like the Anniversary Event get fans excited to check out new ways to earn rewards, but the studio has also introduced a premium progression pass to encourage engagement as well.