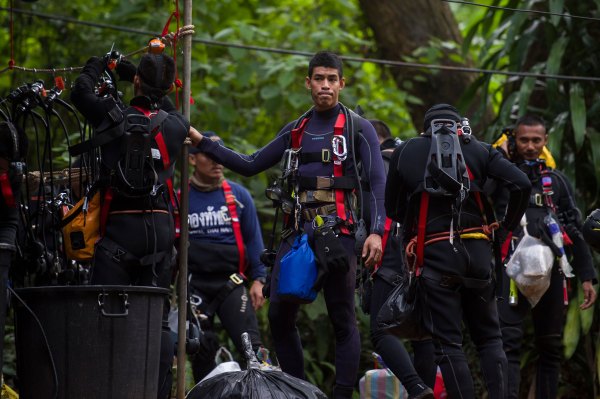 In a series of late night/early morning tweets, Elon Musk offered up engineers from Space X and the Boring Company to help the soccer team trapped in a Thailand cave.

Musk began by suggesting a potential solution to help rescue the team and their coach who went missing late last month. As he noted, the Boring Company in particular has quite a bit of experience digging holes and working with ground penetrating radar. He then announced that he would be offer up help in the form of engineers from two of his companies.

SpaceX & Boring Co engineers headed to Thailand tomorrow to see if we can be helpful to govt. There are probably many complexities that are hard to appreciate without being there in person.

“SpaceX & Boring Co engineers headed to Thailand tomorrow to see if we can be helpful to govt,” Musk tweeted. “There are probably many complexities that are hard to appreciate without being there in person.”

A spokesperson for the latter confirmed the plan, writing,

We are speaking with the Thai government to see how we can help, and we are sending SpaceX/Boring Company people from the US to Thailand today to offer support on the ground.”Once we confirm what exactly will be helpful to send or do, we will. We are getting feedback and guidance from the people on the ground in Chiang Rai to determine the best way for us to assist their efforts.”

The attempted rescue from the Tham Luang cave complex has proven difficult and deadly. Just last night, it was revealed that a form Thai Navy SEAL diver died bringing tanks of air to the 12 boys and their coach.