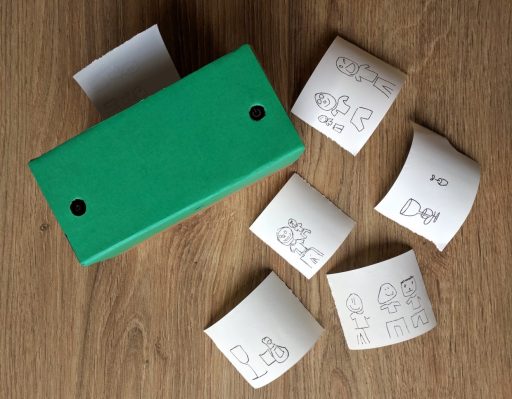 With long summer evenings comes the perfect opportunity to dust off your old boxes of circuits and wires and start to build something. If you’re short on inspiration, you might be interested in artist and engineer Dan Macnish’s how-to guide on building an AI-powered doodle camera using a thermal printer, Raspberry pi, a dash of Python and Google’s Quick Draw data set.

“Playing with neural networks for object recognition one day, I wondered if I could take the concept of a Polaroid one step further, and ask the camera to re-interpret the image, printing out a cartoon instead of a faithful photograph.” Macnish wrote on his blog about the project, called Draw This.

To make this work, Macnish drew on Google’s object recognition neural network and the data set created for the game Google Quick, Draw! Tying the two systems together with some python code, Macnish was able to have his creation recognize real images and print out the best corresponding doodle in the Quick, Draw! data set

But since output doodles are limited to the data set, there can be some discrepancy between what the camera “sees” and what it generates for the photo.

“You point and shoot – and out pops a cartoon; the camera’s best interpretation of what it saw,” Macnish writes. “The result is always a surprise. A food selfie of a healthy salad might turn into an enormous hot dog.”

If you want to give this a go for yourself, Macnish has uploaded the instructions and code needed to build this project on GitHub.