From drones to robo-buses, your daily commute could be about to change | Tech Blog 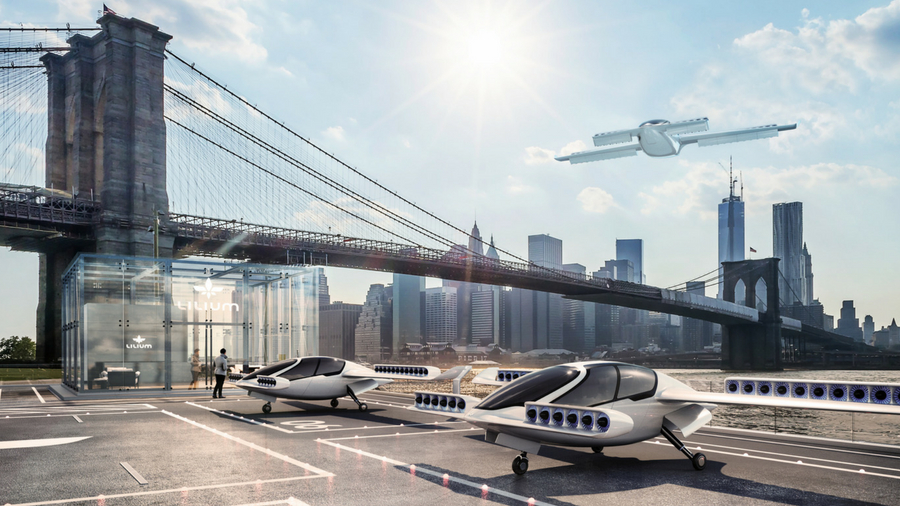 Congestion is everywhere, and it’s getting worse. Every time there’s a new commuter train service, it fills up with passengers. Roads are expensively widened, only to host wider traffic queues at peak times. Cue, delays, chaos, wasted time and frustration.

Cue technology, which is reaching a critical point where some drastic and highly impressive tech solutions could soon attempt to solve commuting delays. Think autonomous drones, talking buses, pods sucked down vacuum tubes at incredible speeds and, yes, flying cars. Underground and overground, your commute could soon be about to change forever.…

What if people could be sent from one location to another so quickly that distance and time become almost irrelevant? That’s the thinking behind Virgin Hyperloop One, a ‘vactrain’ concept that sees a pod in a pneumatic tube travel at speeds of 680mph. That’s the theory, although so far speeds of 240mph are all that’s been achieved by pods at DevLoop, Virgin’s Nevada test site.

Hyperloop was originally Elon Musk’s concept, but it’s now being spearheaded by Richard Branson, whose Virgin Hyperloop One has big, and rather specific, plans for commuters in the US (in Chicago, Columbus, and Pittsburgh, with another line linking Denver International Airport to Colorado’s mountain resorts) and in India (linking commuter town Pune with Mumbai). However, Bill Gates isn’t fond of Hyperloop.

Better known as ‘air taxis’, VTOL, or vertical take-off and landing, vehicles are designed to get people into crowded urban areas without congestion or delays. One example is Lilium, an electric vehicle that can take off and land just like a helicopter, and travel much faster than a car at up to 185mph, with a range of 185 miles.

It would be piloted, with room for four passengers, each paying per ride after requesting their air taxi via a smartphone app – from a landing pad atop an office block, obviously. Another example of a VTOL flying taxi is the modular Airbus & Italdesign’s Pop.Up flying car, which separates from a wheeled base and flies off, with any flying unit able to return to any wheeled unit.

At Shanghai’s Pudong International Airport it’s possible to board a train and ‘float’ into the city. So-called maglev (magnetic levitation) trains can reach 375mph, which could eventually make most airport transfers almost instant. Maglev technology replaces wheels with superconducting magnets on both the ‘wheels’ and the track; the magnets are ranged so their opposite poles attract, with the fixed magnets on the track staying in place while repelling the magnets on the bottom of the train.

The tech is awesome, but maglev trains are hugely expensive because purpose-built tracks must be built. Japan has grand plans for its Chūō Shinkansen maglev line from Tokyo to Nagoya to open in 2027, while in the US there’s a plan to link Baltimore and Washington, DC.

Imagine being able to drive at 100mph on a road, and then taking off and soaring through the sky at 223mph to reach your destination on autopilot. That’s exactly what the developers of the AeroMobil Flying Car promise, with autonomous flight possible for a total of 400 miles.

Expected to go on sale in 2020 – and costing at least $1m – AeroMobil’s effort is something of a hybrid between a VTOL and a ‘proper’ flying car, since it can take off vertically and drive on roads. It’s able to seat four passengers.

They won’t ever be part of most people’s commute, but for the super-rich, exclusive business jets are the ultimate way of getting around the world as fast as possible. One of many such jets in the works is ‘Baby Boom’, Boom Technology’s XB-1 Supersonic Demonstrator, which promises to fly 45 passengers from London to New York in three hours at speeds of Mach 2.2, or 1,451mph – that’s even faster than Concorde.

Elsewhere, Spike Aerospace’s S-512 would travel at Mach 1.6 and carry 22 passengers, while HyperStar claims its SonicStar jet could top speeds of an incredible Mach 5 for 20-36 people; there’s also the Aerion AS2, which would travel at a relatively pedestrian Mach 1.4 and carry just 12 people. We’ll have to wait until at least 2025 for the first working SSBJs to take to the air.

Do autonomous yachts float your boat? If you live and work in a waterside or riverside city like Amsterdam, Bangkok, Hamburg, Sydney, Stockholm or even San Francisco Bay, commuting by boat isn’t unusual. So the idea of a self-docking yacht could have some appeal.

Unveiled in June 2018 by Volvo Penta and targeted for launch in 2020, the system is designed to overcome the problem of narrow berths in increasingly overcrowded marinas. The system uses a combination of GPS and sensors, fitted both on board and on the destination dock, to automatically park the boat in a berth.

Look, no wheels! Also known as a ‘personal drone car’, the futuristic Ehang 184 is being seriously considered by one major global city as a mainstream mode of urban mobility. Developed by Chinese drone-maker Ehang, the 184 has four blades instead of wheels, with the idea being that it will ferry passengers between, say, a busy airport and the top of a skyscraper, or another airport.

Fully autonomous, it would be connected via 5G, and Dubai’s Roads and Transport Authority has the Ehang 184 in its sights: it wants a quarter of all trips in the city to be made in self-driving vehicles by 2030, and is including autonomous passenger drones in that mix.

If flying cars seem like pie in the sky, how about a bus? A bus that talks.

Due to begin limited services within university campuses in Miami and Las Vegas later this year, and also destined for airports, Local Motors’ US$250,000 Olli autonomous bus can carry 12 passengers. All-electric, Olli represents cutting-edge autonomous technology, using Light Detection and Ranging (LiDAR) tech to scan through 360 degrees for obstacles, but only on pre-assigned routes in unchallenging environments.

Passengers will be able to tell Olli where to take them, although exactly how you get 12 people to agree on a route or destination isn’t clear – but at a top speed of just 25mph, there will be plenty of time to sort such things out.