Gmail may be the world’s most popular email service, but that doesn’t mean it’s the most secure. In fact, Google’s admitted to regularly reading user messages to better serve them ads. While the practice has since said to have stopped, the fact that Google could read your supposedly secure messages in the first place is enough to cause concern.

Fortunately, there are other email options today other than the big three.

When talking about encrypted emails, it’s important to remember that not every service is created equal: Some providers store emails in a way they cannot easily be accessed, while others offer self-destructing messages that will erase your tracks.

But, by far most secure way to hide the contents of your email is to use PGP. Some email providers make this easier too, although there are security concerns about leaving your PGP key on a website.

Still, as we send messages from one recipient to another, metadata is always left behind, and if a recipient uses an unencrypted messaging service, it will eradicate any privacy protections you think you have.

It’s important to know how your email provider works and how it handles outside messaging services.

If you’re in the market for a more robust and secure email provider, check out ExpressVPN’s top picks. And, with each service sporting a free version, you can try them all before you decide which one works for you.

Developed in 2013, ProtonMail has a long and reputable track record of providing users with a legitimate encrypted and anonymous messaging service.

Headquartered in Switzerland, ProtonMail is arguably the most trusted email provider today. Unlike US-based email services like Gmail and Outlook, which are often forced to turn over sensitive documents, Protonmail has no such restrictions and is, therefore, the smarter choice for people who may be worried about sending potentially sensitive documents online.

As a secure messaging service, it’s second to none. If you care about your privacy (and we assume you do after all, you’re reading this article), then ProtonMail is the de facto encrypted email platform. With the ability to create self-destructing messages, ProtonMail members can send encrypted messages to any recipient, regardless of which email service they use.

With an easy-to-use interface, robust encryption protocols, and dedicated mobile apps, it’s definitely the cream of the crop.

With more than 4,000 different types of PGP encryption keys, CounterMail’s a force to be reckoned with. The service itself is headquartered in Sweden, giving it a leg up in terms of privacy protections.

CounterMail also uses end-to-end encryption and is one of the only known email providers to offer its own secure USB key option, which makes it an excellent choice for people constantly sending secure messages on the go. 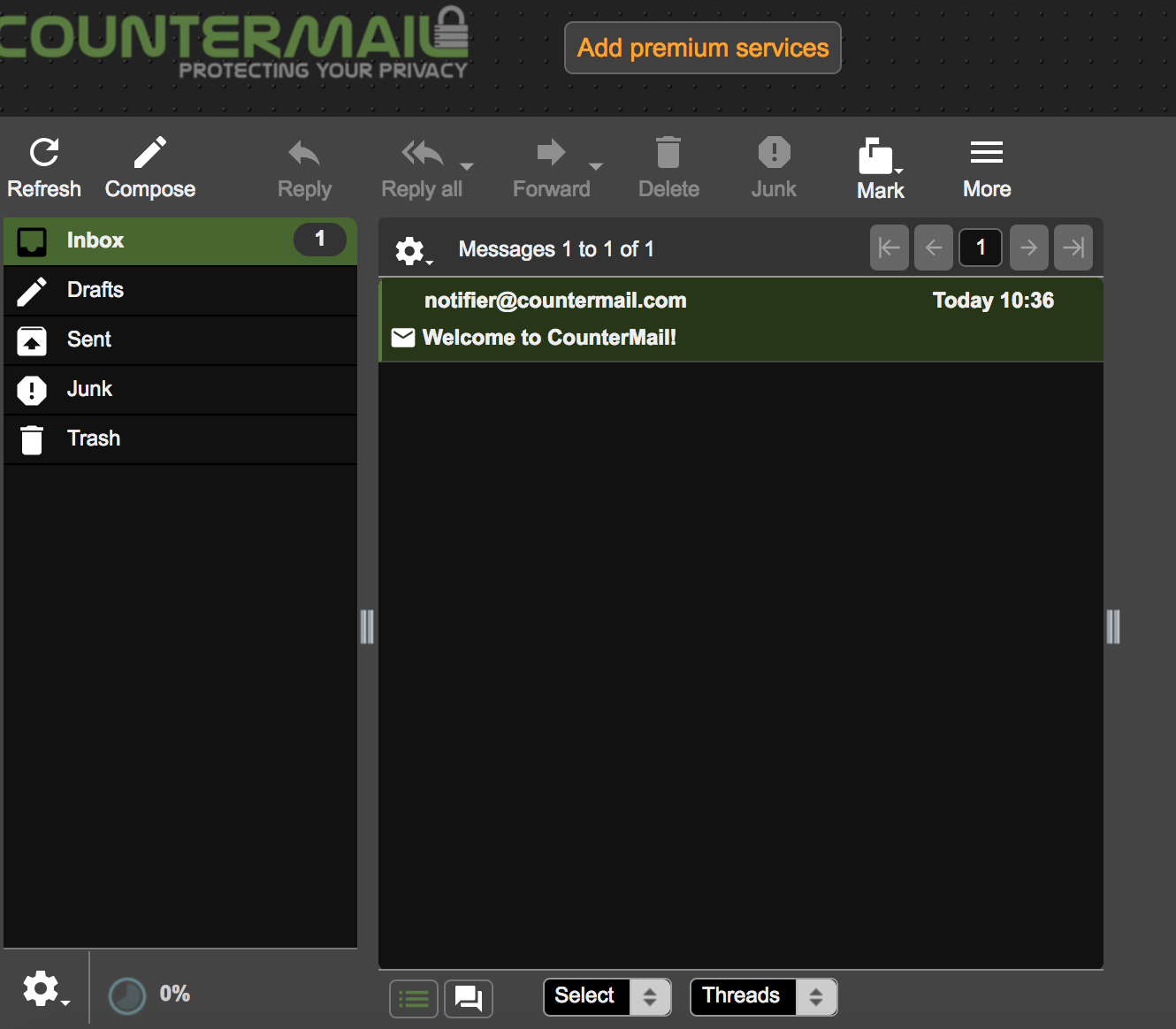 A veritable powerhouse of encryption protocols, CounterMail is a great service with a strong focus on user privacy. The site itself may look like something straight out of Windows 95, but the service is top class.

While they offer a one-week free trial, subscription plans start at roughly $6 a month—making it the most expensive email option on this list.

Launched in the wake of the Snowden revelations, Mailfence is another email service that offers encrypted messages with a strong focus on user privacy. By using OpenPGP, this service ensures that only the sender and recipient can read messages.

Unlike other encrypted email providers, it also comes with a host of other features, including digital signatures, built-in calendars, and more. 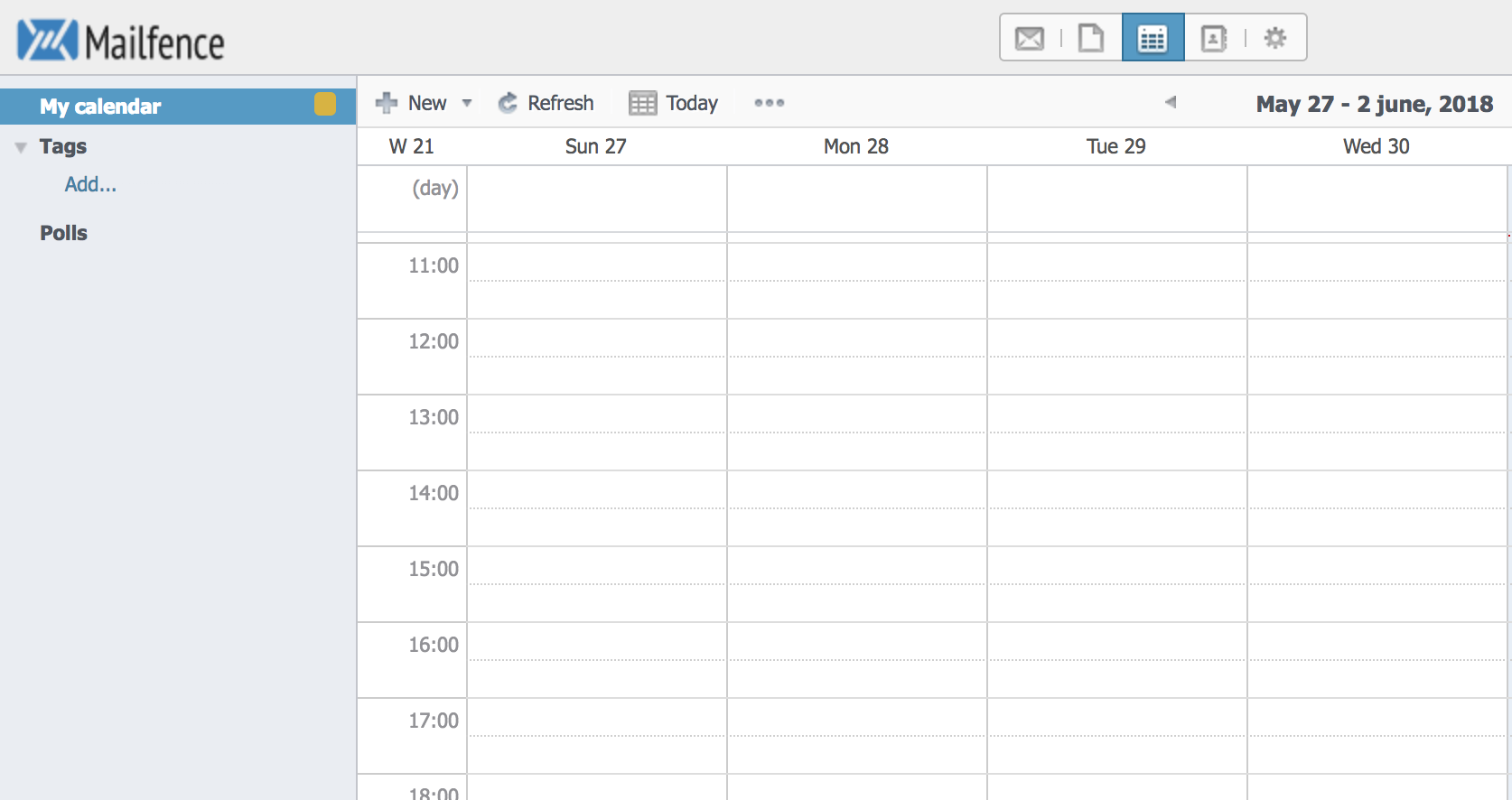 An incredibly potent and versatile email platform, Mailfence actually donates 15% of its yearly revenue to the Electronic Frontier Foundation. That said, the free version generally offers more than enough storage and options for most users.

Unfortunately, Malifence doesn’t offer any dedicated mobile apps as of this article’s publication, which makes it significantly less practical than other services on the list. It also only lets users send encrypted messages to people who are also using Mailfence or OpenPGP, which makes it slightly less approachable for some users.

Unlike other messaging services, it also automatically encrypts all in and outgoing messages regardless of which email service the recipient uses—a great feature if you’re writing someone outside your known network. However, the company is headquartered in Germany, which may or may not raise a few red flags. 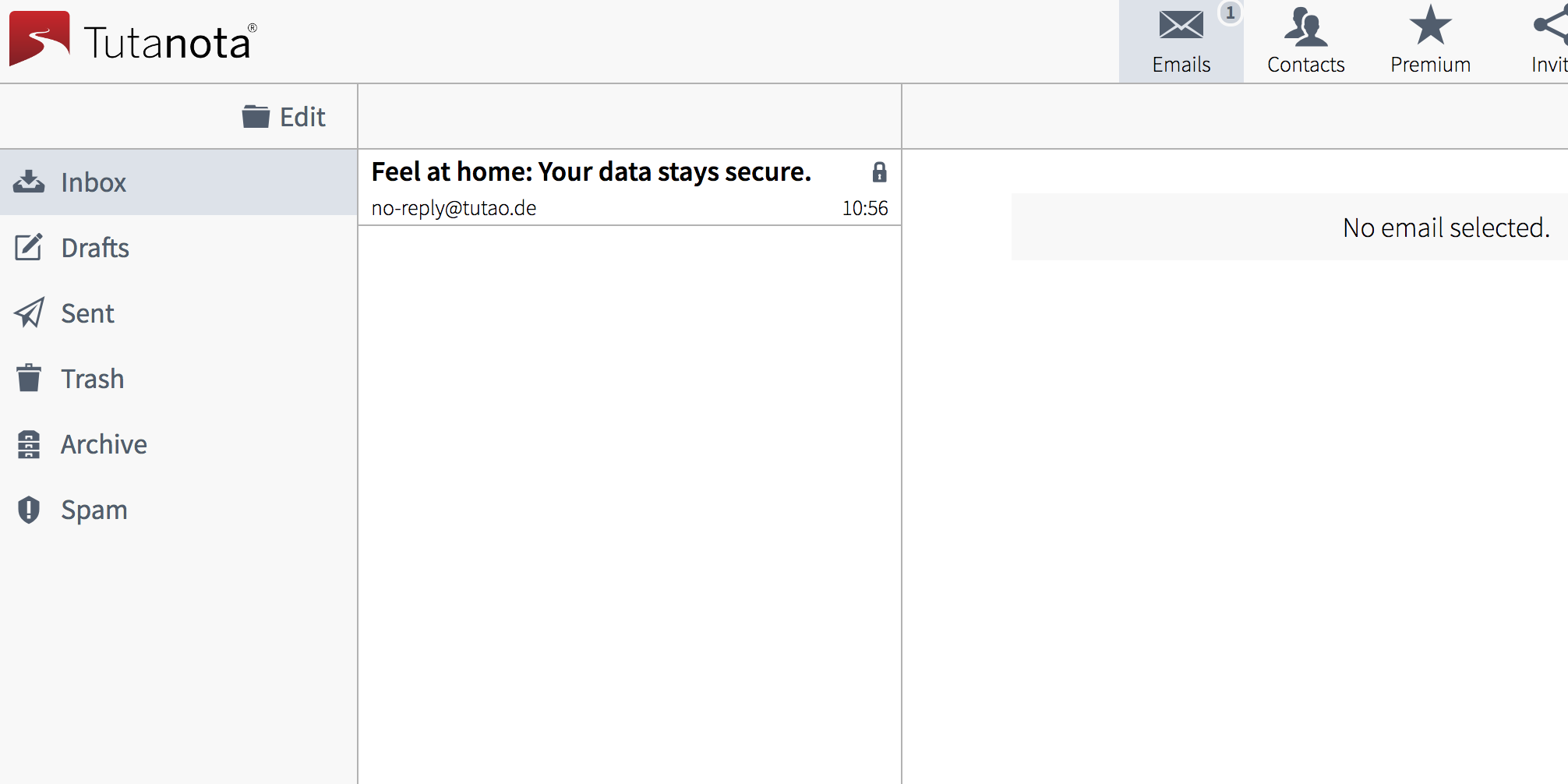 With more than two million active users, Tutanota is a popular service with a dedicated following. That said, the service doesn’t currently support PGP encryption, which automatically knocks it down a few pegs.

As a free secure messaging service with dedicated apps and the ability to send secure messages to recipients outside the Tutanota network, it’s a worthy contender.

We hope this list helps narrow down your search. While each email option comes with its own pros and cons, you can always up the privacy ante by keeping your VPN on at all times.

If you use (or have used) any of the email providers listed above, leave a comment with your own personal opinion below.

Apr 16, 2021
If you are using a Google Chrome web browser, you can get any video downloaded on your PC. Here are 5 best google chrome extensions to download videos.

The blockbuster US$18 billion union of Gojek and Tokopedia

SoftBank in talks to invest up to $500 million in Swiggy