This Bike Store Makes Over $1 Million a Year. Now It’s Getting a Sales Tune-up | Tech Blog

What can you do when sales are sluggish? Norm Brodsky has answers for this popular Brooklyn bike shop.

Inc.‘s legendary columnist Norm Brodsky spent some time talking business with Joe Nocella, founder of the Brooklyn-based 718 Cyclery. 718 Cyclery has established itself as a successful shop catering to the serious cyclist–but its growth has plateaued. Joe’s been searching for a good idea to help him jump-start sales. That’s when Norm came in, to hear Joe out and help him think through finding a new way forward.

Norm: How much business do you do? What’s your gross revenue?

Joe: We’re tracking for about the same as last year, about $1.1 million. Two years ago, it was $1.3 million. So sales have been stagnating–there’s no denying it.

How many bikes do you sell a year?

The majority of your customers are serious bike enthusiasts, right?

Right. Our bikes typically sell for between $1,200 and $1,500. We don’t want to push other people away, but there are better options for someone who’s looking for a bike under $500, for instance. That’s just not us.

Do you keep track of your customers?

Yes. Six months after they buy a bike, we send them an email asking how everything is going with it. It’s like a dentist’s postcard.

You have ideal customers, which are hard to find, but the only thing you do with them is follow up about the bike? How many people are on the mailing list?

That’s amazing. I can probably think of half a dozen people who would die to have access to that list. Now, I’m not sure I’d give them access to it, because you’re protective of your clients, but you could feature products. You can bring them stuff that they maybe don’t know about. Maybe you can get a discount for them, too. So you’re going to do well for them. 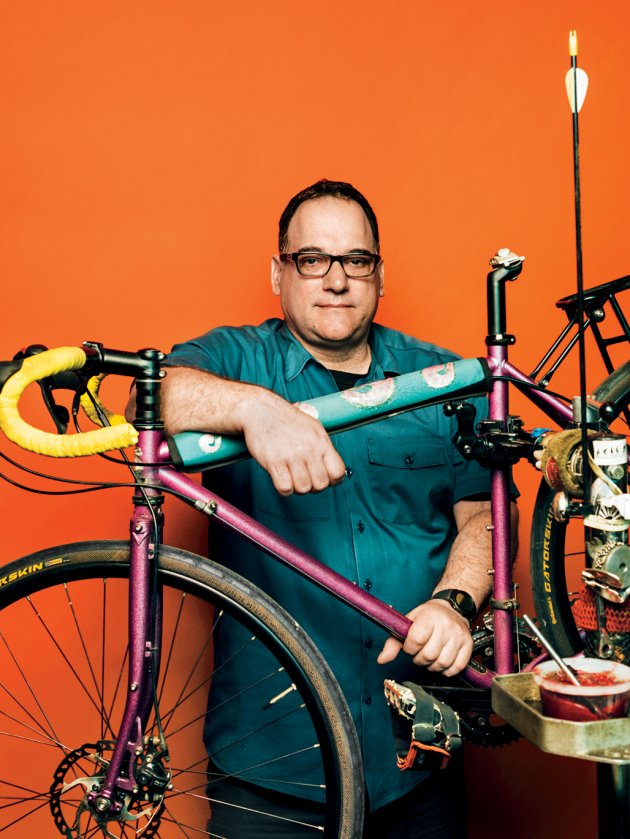 If I were you, I’d do a lot of research on other ways you can monetize that customer list. For example, people who organize bike trips are always looking for people to go on them. You can funnel your list to them and get commissions.

We actually do overnight trips ourselves once a month.

Do you make money doing it? I’m not so sure that you do.

We don’t. They just allow us to create social media content, and position ourselves as leaders in the field. We charge only $25, to cover insurance and my costs.

The first thing I would tell you is to double that cost. You’ll have thousands more dollars in your pocket, and the people will still be getting a bargain. But, looking at your financials, the main problem is that bike sales are down.

Yeah. The challenge I have with inexpensive bikes is what happens to them after a year of being ridden in New York City. Things fall apart, and people have a bad experience.

Then you tell them, “You’re never going to buy a $200 bike that’s built like a $700 bike, but this is about the best-quality $200 model you’re going to buy.” Attracting people with lower-end bikes will help you build the next generation of better-bike customers.

We do sell a few of them. We’re working on it.

Yeah? That’s great. But you’ve got to change the way you’re doing things. You’ve got to monetize, so you can keep that mojo going.