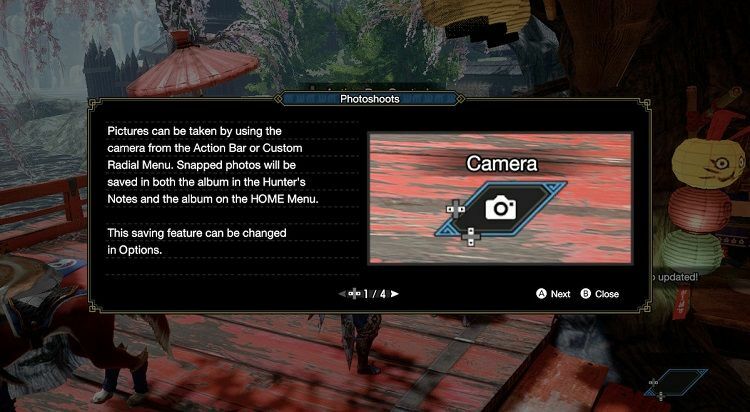 There is little over a week left until the official release of Capcom’s Monster Hunter Rise: Sunbreak. With players already having a glimpse of the expansion via the new Monster Hunter Rise: Sunbreak demo, the community is likely anticipating the full launch so they can gain complete access to the game. Now, Capcom has revealed that more camera features will be added to Sunbreak, allowing players to take more dynamic photos while in-game.

Players definitely have much to look forward to in the expansion. Not only do they finally get to access the more difficult quests of Master Rank, but they also get to explore the new locales of Elgado and face the dangerous monsters that come with the new territory. Most hunters are likely looking forward to hunting the new and returning monsters in Monster Hunter Rise: Sunbreak. However, some of the game’s community members are also highly interested in the new quality-of-life features that will truly help make the expansion a more immersive experience.

On the official Twitter account of Monster Hunter Rise, Capcom shared that a few new camera features will be added in Sunbreak. According to the post, hunters will be able to signal their Palicos, Palamutes, and the Monster Hunter Rise NPCs to face the camera when taking photos. A new option of being able to hide the in-game camera’s UI will also be added into the Nintendo Switch version of the expansion. However, the Steam version of Sunbreak will be getting a few more features such as the ability to tweak the camera’s depth of field, focus, and blur range. Another feature exclusive to the Steam version will also allow players to add filters to their photos to create more unique effects.

Some players may think that having these new camera features is not such a ground-breaking addition, but for hunters who enjoy taking in-game screenshots, these features provide more options for their content creation. Especially since Monster Hunter Rise: Sunbreak is introducing Follower Quests, players will be able to take more interesting photos of the game’s characters in locations that are not limited to just the spaces of Elgado Outpost or Kamura Village.

With all the new features that Capcom is adding to Monster Hunter Rise: Sunbreak, it seems the company is really taking its community’s preferences into consideration. Whether a player is interested in speedrunning their hunts or is just content taking beautiful photos of their character, Monster Hunter Rise: Sunbreak looks ready to provide a fun and exciting experience for its fanbase.

Monster Hunter Rise is available now for PC and Switch, and Sunbreak will release on June 30, 2022.