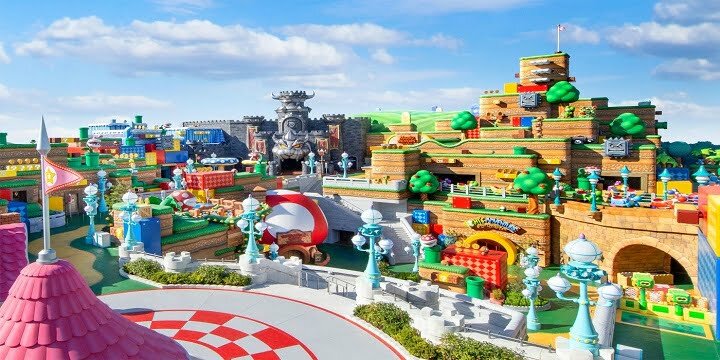 Nintendo surprisingly announces a new direct, but not one that is focused on games, as it is a Super Nintendo World Direct.

Nintendo has just announced a new direct live stream, with this one entirely focused on Super Nintendo World. The direct will not have any gaming content involved, as it will entirely feature the new Nintendo area in Universal Studios Japan.

Over the months, fans have looked for any bit of information on the Nintendo-based theme park area at Universal Studios Japan. Although images have leaked for Super Nintendo World early on and small bits of information has been shared, this 15 minute Nintendo Direct could reveal details that fans have been waiting for. Nintendo was careful to reiterate that this is a theme-park specific Nintendo Direct, so fans shouldn’t be looking for long-awaited titles like Mother 3 or Metroid Prime 4.

Although fans could be disappointed with a Nintendo Direct of only 15 minutes in normal circumstances, that amount of time is more than enough to reveal new rides, details of specific areas, the full menu at the Mario Cafe in Super Nintendo World, and more. The Direct live stream will take place tomorrow, December 18, at 3 pm PT.

Apr 5, 2021
Animal Crossing: New Horizons has plenty in store for players in 2021, but these major holidays are ones that players won’t want to miss.

Singapore to accept COVID-19 digital travel pass from next month