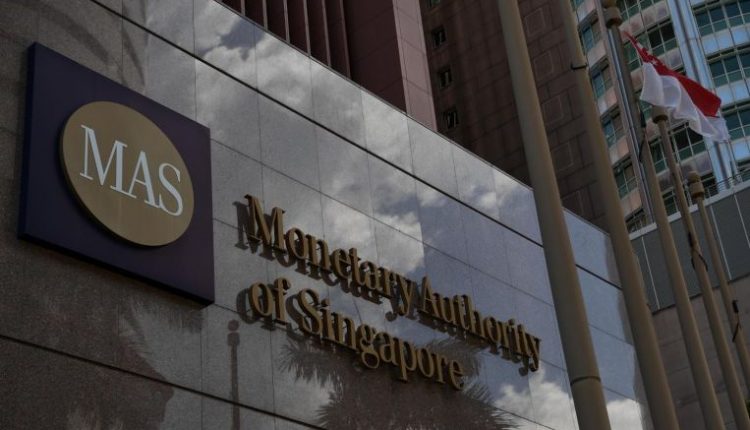 SINGAPORE – Fourteen of the 21 digital bank applications met the eligibility criteria required and will progress to the next stage of assessment, the Monetary Authority of Singapore (MAS) said.

In June last year, MAS announced it would issue up to two DFB licences and three DWB licences.

The 21 applications – seven DFBs and 14 DWBs – were received in January this year. MAS said it reviewed all the applications received against the eligibility criteria that were announced in August last year.

In the next stage of assessment, the 14 eligible applicants will have to present their proposals to MAS via virtual meetings.

Among the eligible applicants is the Beyond consortium, led by Osim founder Ron Sim’s V3 Group and payments company EZ-Link, which confirmed that it is moving ahead in the application process on Thursday. The consortium, which is contending for one of the two DFB licences, also includes Temasek unit Heliconia, property developer Far East Organization and the Singapore Business Federation.

MAS said the applicants will be shortlisted based on their value proposition and business model, incorporating the innovative use of technology, the ability to manage a prudent and sustainable digital banking business, as well as growth prospects and other contributions to Singapore’s financial centre.

With the ongoing Covid-19 pandemic significantly impacting macroeconomic and business conditions, MAS has asked all eligible applicants to review the business plans and assumptions underpinning their financial projections, including sources of funding, and provide an independent review of these assumptions.

The authority said it did not expect the request for updated business plans and financial projections to affect the timeline for award of the digital bank licences by the end of this year.

In April, MAS announced that it would extend the assessment period for the award of digital bank licences. Successful applicants would be informed in the second half of 2020 instead of June, it said.

The five digital bank licences, which are aimed at opening up the banking industry to new competition, attracted strong interest from a diverse group of applicants such as e-commerce firms, technology and telecommunications companies, fintechs (such as crowdfunding platforms and payment services providers) and financial institutions.

While no names were released by MAS, several consortiums had gone public with their bids since applications closed at the end of 2019. They included the Grab-Singtel tie-up, one led by Razer, Beyond consortium, and Chinese billionaire Jack Ma’s Ant Financial.

Digital-only banks that can operate at lower costs and offer services that differ from traditional lenders are not new. In the Asia-Pacific region, Japan, South Korea and China already have digital banks. Last year, both Hong Kong and Taiwan issued such licences and Malaysia is expected to open applications this year.

A digital bank offers banking services such as deposits, loans, debit and credit cards like a traditional bank, except that transactions are performed online and the bank does not have a physical branch.

It is different from digital banking, which refers to the online banking services that traditional banks offer to its customers now via the Internet or on mobile devices.

The requirements for a DFB, which can serve retail customers, are more onerous than for a DWB.

DFB licencees must meet a minimum paid-up capital requirement of $1.5 billion, be based in Singapore, and be controlled by Singaporeans.

A DWB licensee, whose customers are limited to small and medium-sized enterprises and other non-retail segments, need $100 million in capital and can be majority-owned by foreign entities.

How To Create Android Apps Without Coding in 2020

Prosyscom Tech Aug 8, 2020
In this article, we have decided to share a list of best sites to create Android apps with coding. Most of these…
Tips & Tricks