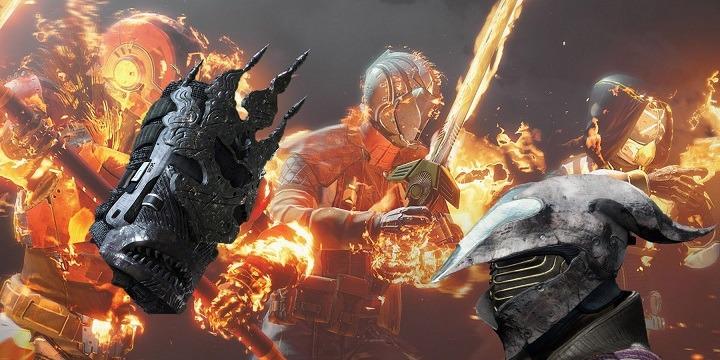 Destiny 2 bottom tree Dawnblade is currently glitched due to the interaction between melee attacks and burn damage, breaking the game.

Destiny 2’s Season of the Lost added a lot of elements to the game through Stasis weapons, rotating seasonal activities like the Shattered Realm, and new mods and Exotics. Because Destiny 2 is such a huge game, sometimes it happens that certain interactions don’t go the planned route, or new routes open up that weren’t initially discovered by Bungie. An example is how Destiny 2’s Ager’s Scepter can give players full Super very fast by fine-tuning Stasis Fragments and Aspects, and combining all that with the Warlocks’ Mantle of Battle Harmony.

This sort of interaction is what allows players to make their own builds in Destiny 2, which tend to incorporate all sorts of seasonal mods and different Exotic pieces. Still, it also goes to show how insanely powerful some of these combinations can be, and in some cases, they can go as far as breaking the game. Last week, players were led to believe that the Necrotic Grip Warlock Exotic gloves were broken due to them spreading their innate poison damage, as well as burns and explosions from the bottom tree Dawnblade.

Now, YouTuber and Destiny 2 content creator Ehroar is at it once again, revealing that the bug was not limited to Necrotic Grip. Instead, the issue is widespread to the subclass itself, as it wasn’t Necrotic Grip interacting in a weird way with burns and explosions, but the fact that burn damage now counts as melee from all sources. That’s why grenades would cause chain reactions with Necrotic Grip, but as Ehroar points out in the new video, this applies to all Warlock melee-related Exotics to a certain extent.

For example, the melee damage buff from Winter’s Guile now rapidly stacks up to the maximum by killing enemies with melees or grenades, granting immense damage when punching enemies. Another very powerful combination is that with Felwinter’s Helm, which normally would weaken and suppress targets after a finisher or melee kill, and this can now spread to the whole room just by chaining burn kills. This glitch also works with gun perks like Swashbuckler, which now grants extra damage with the gun that has it simply by killing enemies with burn damage and explosions, rather than melee attacks or the gun itself.

Season of the Lost is most likely on track to receive a major hotfix patch to try and correct a few issues that have been plaguing Destiny 2 players for a while now. Among them, there is also the fact that players can’t obtain Platinum Rewards from The Corrupted Nightfall, which is alarming for when it will go back live after the rotation is complete.

Apr 19, 2022
Russian cosmonauts on the International Space Station are scheduled to go on a spacewalk today to active the orbital outpost’s brand new feature.

How to Delete Folder in Microsoft Outlook

Apr 18, 2022
If you don’t want to use an email folder in Microsoft Outlook, you can delete that folder as well as all its contents. We’ll show you how to do that